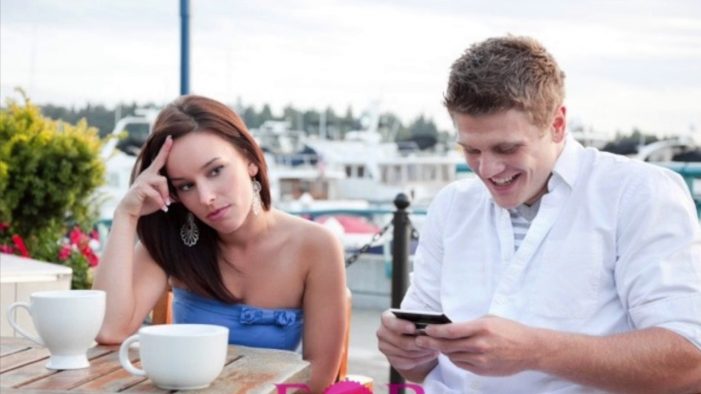 Smart phones have become a constant companion for many of us. According to the Pew Research Center its reported that nearly 50% of adults reported they couldn’t live without smart phones.

Whether in the supermarket, in the doctor’s room, in bed at night, it can be tempting to pick up a device and start scrolling through social media or text messages at any moment. But anyone who has done this in a presence of a close friend, a family member or a romantic partner may have left him feeling ignored, annoyed or even pushed away. David Sbarra a professor from the University of Arizona, he proposed an explanation with fellows at Wynne University in Detroit, on how humans are so down to smart phones.

While these results may not surprise anyone who has ever sat across the table from a loved one and wished they would look up and engage in a conversation rather than responding to whatever text message or notification that comes to his or her phone. When your partner attends to a phone instead of to you, it feels like rejection—it hurts. Feeling ignored when your partner is on their phone can feel as bad as being avoided.

When a conversation, meal, or romantic moment is disrupted because of a text, email, or any other task, the message is, “What I’m doing on my phone is more important than you right now,” or, “I’m more interested in my phone than in you,” or, in some cases, “you’re not worthy of my attention.”

Rejections, even small ones, tend to be extremely painful, as your brain responds the same way it does to physical pain. Even when the rejections are minor, such as a partner turning to the phone in the middle of a conversation, can elicit the common reactions rejections cause —hurt feelings, a drop in mood and self-esteem, and a sense of feeling unworthy. Over time, these small wounds can fester and increase conflict, lower relationship satisfaction, and lead to a drop in life satisfaction and an increase in symptoms of depression then eventually lead to a break up.

Smart phones, and the constant access they provide to text messaging and social media, make it easier than ever for people to disclose personal information and respond to others in their social networks. And the networks are more dangerous than anything.

Smart phones and their affordances create new contexts for disclosing information about who we are and for being responsive to others and these virtual connections may have downstream unwanted effects on our current relationships.

However, those negative effects can be avoided by creating a smart free zone period where individuals keep away smart phones. This involves trying to agree on time when to hold phones aside so as to spend time together without having any worry about interference caused by a smart phone.