She was arrested at Tokyo International Airport a few minutes after her arrival. Namubiru had travelled to Japan for a music concert at the Golden Holy Week.

Ugandans who had gathered in thousands were shocked on hearing Iryn Namubiru had been arrested at the airport. 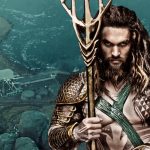