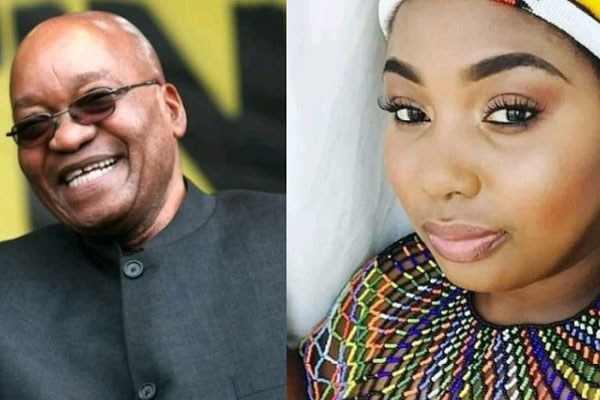 Unlike other women, his latest bride to be is a 24-year-old Nonkanyiso Conco who confirmed it to Time Live.

“Yes‚ we are getting married‚ but that is all I can say. I need to consult before I give any interviews‚” she told the South African website.

Zuma’s bride to be delivered a baby boy in the Busamed Hillcrest Private Hospital in Durban  Conco lives in the exclusive Hilltop Estate at the Zimbali Coastal Estate near Ballito.

The 76-year-old who recently resigned from the country’s presidency has always been known for polygamy and is currently married to Getrude Khumalo Thobeko Madiba, Bongi Ngema.

He is divorced from Nkosazana Dlamini-Zuma and separated from Nompumelelo MaNtuli Zuma.