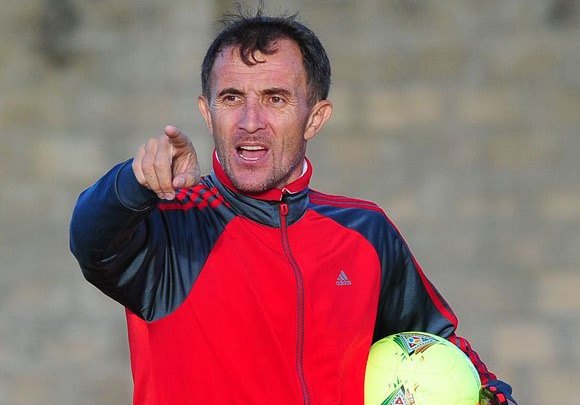 Milutin Micho has been officially unveiled as the new Egyptian giants Zamalek SC manager. Micho’s appointment comes days after he quit Orlando Pirates job with reports linking him to Zamalek.

“I have been coaching in Africa for 19 years. I have worked in seven countries and visited 50 out of 54 African countries, but today I can say that my dream has come true after taking charge of Zamalek,” Micho said.

“We have a fantastic squad. The best Tunisian players, the best three Moroccan players, in addition to the Egyptian ones. The club has all the success factors.

“Zamalek is a special club that you fall in love with as soon as you enter it. I want to work hard in order to achieve the fans’ goals.”

“Now I can say that my dream has come true to coach Zamalek. When the chairperson says he likes to win you know you’re in the right place.”

On Friday last week, Orlando Pirates announced that Micho had decided to quit the club over personal issues leaving the club.

Zamalek club president confirmed the appointment of Micho and he will be assisted by Tarek Yehia who is the current interim manager.