The Ministry of Health has confirmed the outbreak of a Marburg case in Uganda. This initial case follows laboratory tests done at the Uganda Virus Research Institute (UVRI) on September 30th 2014 which confirmed that one person, a health worker, had died of the viral hemorrhagic fever.

The index case is a 30-year-old male Radiographer, who originally was working in Mpigi Health Centre IV, Mpigi Town Council but had been recruited by Mengo Hospital two month ago as a Radiographer.

He started feeling unwell on September 17th while at Mengo Hospital and travelled back to Mpigi HCIV on September 18th to seek treatment since he felt more comfortable with a facility that he had worked with for a long time.

He was treated at Mpigi Health Center IV but when his condition worsened, he was transferred back to Mengo Hospital where he was admitted on September 23rd. He presented with Headache, Epistaxis, abdominal pain, vomiting blood and diarrhea. His condition deteriorated on September 27th and a Viral Haemorraghic fever was suspected. Blood samples were removed for further analysis on September 28th; unfortunately he died on the same day. His body was taken to Munkunyu 1 Village, Munkunyu Sub-county, Kasese district for burial.

Preliminary reports also show that his brother, one of the contacts so far listed has developed signs. He has been quarantined and isolated for further monitoring. Samples have been taken from him and are being tested at the Uganda Virus Research Institute. The public will be informed of his status. Altogether 80 contacts have been listed from Mengo, Mpigi and Kasese for follow up.

Marburg Viral Haemorraghic fever is a fatal illness caused by the Marburg virus which belongs to the filoviridae family together with the Ebola virus. The incubation period ranges from 2 to 21 days while the Case fatality rates vary from 24% to 88%. Fruit bats of the Pteropodidae family are considered to be the natural hosts of Marburg virus. The Marburg virus is transmitted to people from the fruit bats and spreads among humans through human-to-human transmission by direct contact with wounds and body fluids like blood, saliva, vomitus, stool and urine of an infected person.

A person suffering from Marburg presents with sudden onset of high fever with any of the following;
1. Headache
2. Vomiting blood
3. Joint and muscle pains
4. Bleeding through the body openings, i.e. eyes, nose, gums, ears, anus and the skin.

There is no specific antiviral treatment or vaccine available; patients are usually given supportive treatment.

The Ministry of Health is undertaking the following measures to control the spread of the disease;

Yesterday, a team of epidemiologists and surveillance officers were sent to Mpigi Health Center IV, Mengo Hospital and to Kasese district to investigate the case and list all people who got into contact with the dead.

So far, a total of 80 people who got into contact with the initial confirmed case have been identified and isolated as a precautionary measure and for follow up for any signs and symptoms within the 21 days incubation period.

Arrangements have been put in place to transport all suspect cases to the National Isolation Facility in Entebbe should they occur. The facility is already stocked with the necessary infection control materials and other supplies to handle any incoming patients.

Arrangements have also been made at Mengo Hospital to isolate any suspect with symptoms. Health workers have been asked to effect all infection control measures.

Preparations are underway to train all health workers at Mengo Hospital and Mpigi Health Center IV on infection control starting tomorrow 6/10/2014 at 9.00am 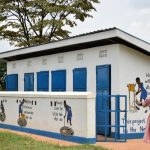 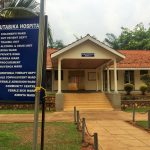 Mental Health Policy Overview in Uganda
How to prevent pimples