Offensive Communication Is No Longer An Offence – Constitutional Court 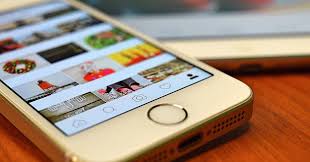 The Constitutional Court in Kampala has ruled that Section  25 of the Computer Misuse Act, 2011 which speaks about offensive communication contravenes the constitution and is therefore outlawed.

In 2016, two people including lawyer Andrew Karamagi and Robert Shaka went to court to challenge that section of the law that they argued infringes on citizens right.

Section 25 of the Computer Misuse Act 2001 also known commonly as offensive communication is described as the “willful and repeated use of electronic communication to disturb or attempt to disturb the peace, quiet or right of privacy of any person with no purpose of legitimate communication whether or not a conversation ensues” and is punishable by “a fine not exceeding twenty four currency points or imprisonment not exceeding one year or both.”

However, on Tuesday, a panel of five justices of the Constitutional Court including the deputy Chief Justice Richard Buteera, Kenneth Kakuru, Geoffrey Kiryabwire,  Elizabeth Musoke and Monica Mugenyi ruled that the law is unconstitutional.

“I find that the impugned Section is unjustifiable as it curtails the freedom of speech in a free and democratic society. Secondly Section 25 of the Computer Misuse Act does not specify what conduct constitutes offensive communication. To that extent it does not afford sufficient guidance for legal debate. Thirdly it is vague, overly broad and ambiguous. Therefore, I find that the impugned section is inconsistent with and/or in contravention of Article 29 of the Constitution,” Justice Kakuru said in the lead judgement.

According to the court, in a democratic and free society, prosecuting people for the content of their communication is a violation of what falls within guarantees of freedom of expression  in a democratic society.

The court insisted that is unjustifiable for the freedom of speech to be curtailed in a free and democratic society like Uganda.

The justices said that the  United Human Right Committee stated that any limitation on freedom of expression must be absolutely  necessary and that  states are only permitted to prohibit it through criminal section only if there is  child ponography direct public incitement to  genocide, advocacy of national, racial, religious hatred  that constitutes incitement to discrimination, hostility or violence and incitement to terrorism but noted that none of the above is true with section 25 of the Computer Misuse Act.

Justice Kakuru said that in the circumstances, it is only prudent that the specific section of the law is outlawed.

In the past, government has been accused of using the Computer Misuse Act to stifle members of the public, especially from the opposition who are criticizing it.

A number of activists including Stella Nyanzi, writer Kakwenza Rukirabashaija and many others have in the past been arrested and detained for allegedly breaking that specific law.

Offensive Communication Is No Longer An Offence – Constitutional Court