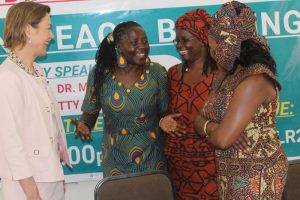 Seventeen years after the adoption of UN Security Council resolution on women, peace and security (UNSCR 1325), women are still largely excluded from formal peace processes and international mediation efforts. Yet, research shows that women’s participation in peace processes and mediation increases the likelihood of a peace agreement being concluded and adhered to.

In his remarks at the Public Dialogue on “Women in Peace Building” held on 8th February 2018 at the School of Women and Gender Studies, Makerere University, the Swedish Ambassador to Uganda, H.E. Per Lindgärde, said that the need to include women and girls in peace building processes was crucial for attaining the Sustainable Development Goals.

“In order to achieve goal 5 dedicated to gender and equality, it is essential to ensure women’s full and effective participation at all levels of decision making,” he said.

He thanked the School of Women and Gender Studies and the School of Law for organizing the public dialogue, noting that such forums were essential for promoting women’s participation in decision making processes.

In her presentation titled; “The Swedish Feminist Foreign Policy: International Law and the Role of Women in Peace Processes”, Ambassador

“The Swedish government is globally supporting the establishment of networks for women involved in peace building. International Law implores States to settle conflicts peacefully. Chances for peaceful settlement of conflicts are higher when women are engaged in these processes,” she said.

According to Hon. Betty Bigombe, the second panelist and former Senior Director for Fragility, Conflict and Violence at the World Bank and lead 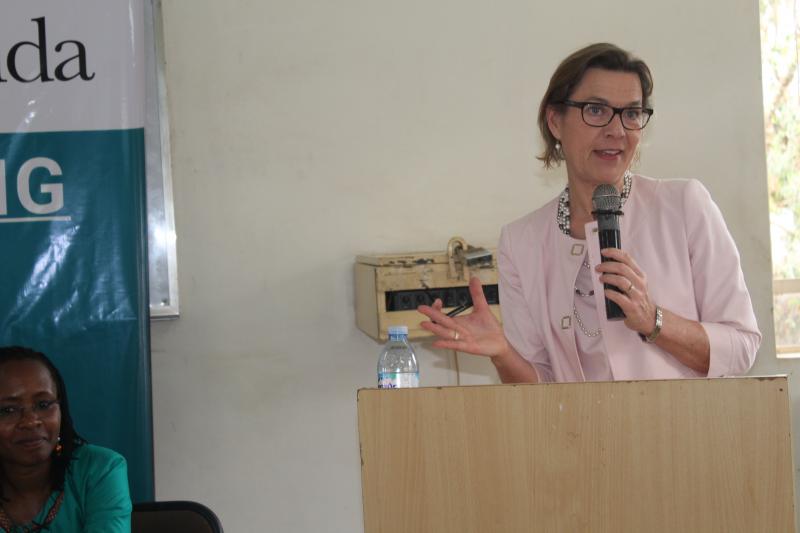 negotiator in the Northern Uganda peace talks, systematic and representative inclusion of women in a broad range of peace and security issues is important for successful negotiations and ensuring that women’s interests are addressed. In her presentation titled: Women in Mediation: Promoting Participation, Hon. Bigombe said globally, peace building efforts involving women had proven to be more successful “Women propose actual solutions to conflicts. They too are frank in these processes and have the capacity to emotionally turn around the mindset of men involved in conflicts.

It is therefore important that women are involved at all levels of peace building and conflict resolution,” she said. Hon. Bigombe called for increased involvement of men in activities intended to empower women to participate in peace making processes. She also called for increased documentation of peace processes involving women. “A number of women in different parts of the world are risking their lives and making great contribution towards achieving sustainable peace but little has been documented,” she noted.

The dialogue was moderated by Dr. Sarah Ssali, Dean School of Women and Gender Studies, and Prof. Sylvia Tamale from the School of Law. It was supported by the Swedish Embassy in Uganda.

Dr. Ssali thanked the Swedish Embassy for supporting the dialogue and many other activities of the University. The Embassy has committed to supporting the Gender Identity Week (5-10 March 2018) organized by the School of Women and Gender Studies as part of the activities to mark the International Women’s Day celebrated on 8th March every year