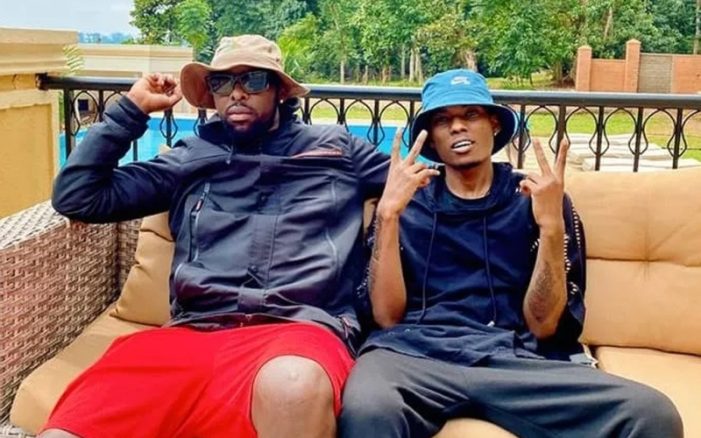 Ugandan singer Mbangira Tonny aka  Latinum broke onto the scene in 2017 with songs such as “amanya gange”, and “Baaba” among others.

The singer however didn’t enjoy the stardom for long.

He got involved in drug abuse and addiction until recently when he found a new father in Big Talent boss, Eddy Kenzo.

Speaking about the BET winner, Latinum explained that Kenzo got him from the bottom of his life. He spoke to him about life and how to succeed in the music industry.

“Kenzo is a good person who talked to me about the hardships I was going through. I have much respect for him and treasure him for making this happen,” he said when asked to comment on his relationship with Eddy Kenzo.

Latinum is working on a new song with Eddy Kenzo, and he hopes it will revamp his career.

Kenzo is very confident that Latinum is talented, and he will reclaim his position soon.