Uganda Christian University will launch the UCU School of Medicine (UCUSoM) on September 14th, 2018 at the Archbishop’s Gardens in Namirembe. The function will be officiated by Rt. Hon. Ruhakana Rugunda, the Prime Minister of the Republic of Uganda according to Micheal Mubangizi, UCU Public relations officer. UCU School of Medicine is composed of sixty […] 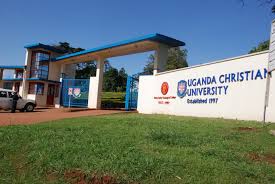 Uganda Christian University (UCU) has unveiled a Christian based think tank aimed at helping clerics to make biblical based proclamations. The think tank dubbed Africa Policy Centre was launched during the annual UCU lecture on Wednesday 25th October by the Archbishop of Uganda, Stanley Ntagali at the university premises in Mukono. According to the UCU […]