Uganda Christian University in a drive towards a drug free generation

When you go to any hang-out place where youth, especially university students go, top on their lists are alcohol and shisha (hookah), a drug taken through smoking. Places without these top two are usually shunned.

Shisha is 10 times more deadly than tobacco. According to research carried out by the World Health Organisation (WHO) in 2007, the volume of smoke inhaled in an hour-long shisha session is estimated to be the equivalent of smoking between 100 and 200 cigarettes. It is less likely to be smelt or felt because it is scented.

It contains about 50 elements, including nicotine, carbon monoxide, and arsenic that are dangerous to the body.

It is upon this that the Counselling Department together with the police started a countrywide campaign against alcohol, other drugs and substances abuse.

This campaign was started during a seminar organised by the department for the stakeholders at Uganda Christian University (UCU) under the theme: “Towards a Drug Free Uganda” in Principals Hall on July 9.

During the seminar, different participants expressed the need for such a campaign saying it was timely, given the fact that most of the youths today, especially the unemployed, are being influenced into drugs.

Among the participants was the Kampala Metropolitan Police Commander,Mr. Andrew Felix Kaweesi, who said drug-related issues were serious and that it is high time everyone got involved in the fight against such abuse for drug free Uganda.

“We need to focus on drugs that make people celebrate once consumed–like shisha. As police, we can do all we can but we cannot achieve anything without your involvement,” he said.

He also asked the church to be among those at the forefront in the fight against alcohol and other drug abuse and commended UCU for taking the lead.

“We have to be partners with all stakeholders like the church at the forefront to fight this communal problem. We want to commend UCU for taking the lead in this fight. There are also other things you have put in place and all students and staff are following. You have shown the whole world that it is not all about the money they pay as fees that matters but your identity as well,” he said.

On the other hand, the Vice-Chancellor, Rev. Dr. John Senyonyi, who officially opened the seminar, said as the university, they could not afford ignoring such a matter especially among students, some of whom, he said, are already addicted.

“Most people outside assume that we only admit disciplined students, which is never the case. We admit students some of whom are already addicted but we can never give them a deaf ear.We always ensure that we help them to come out of their situation,” Dr Senyonyi said.

He also said the reason for this seminar was to mobilse all stakeholders in the fight against alcohol, other drugs and substance abuse. 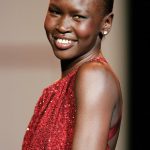