Elvis Kikuba, a 21-year-old student at Sinclair College in Dayton, Ohio, has died in a fatal accident. He was pronounced dead upon arrival at Miami Valley Hospital, according to Ohio State Highway Springfield Post.

The deceased, who was a first-year Pre – Major Engineering student, is also a former student of Ndejje High School in Bombo, Luwero district.

Kikuba’s death was at the scene of three crashes early Wednesday last week.

Kikuba driving a Ford Fusion had stopped as an emergency response was trying to help victims of two crashes that had happened at the same spot moments earlier when a Volvo van hit the car they were traveling in with Kimuli pushing it between the guardrail and one of the vehicles in the earlier crash. 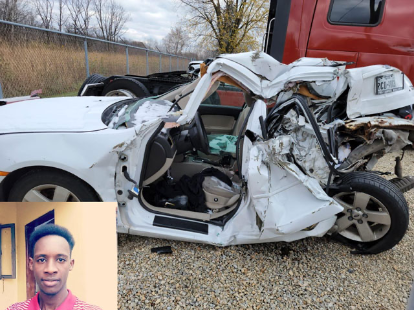 Arrangements are underway to repatriate the deceased’s body.