What to do when you Spill water on a Laptop 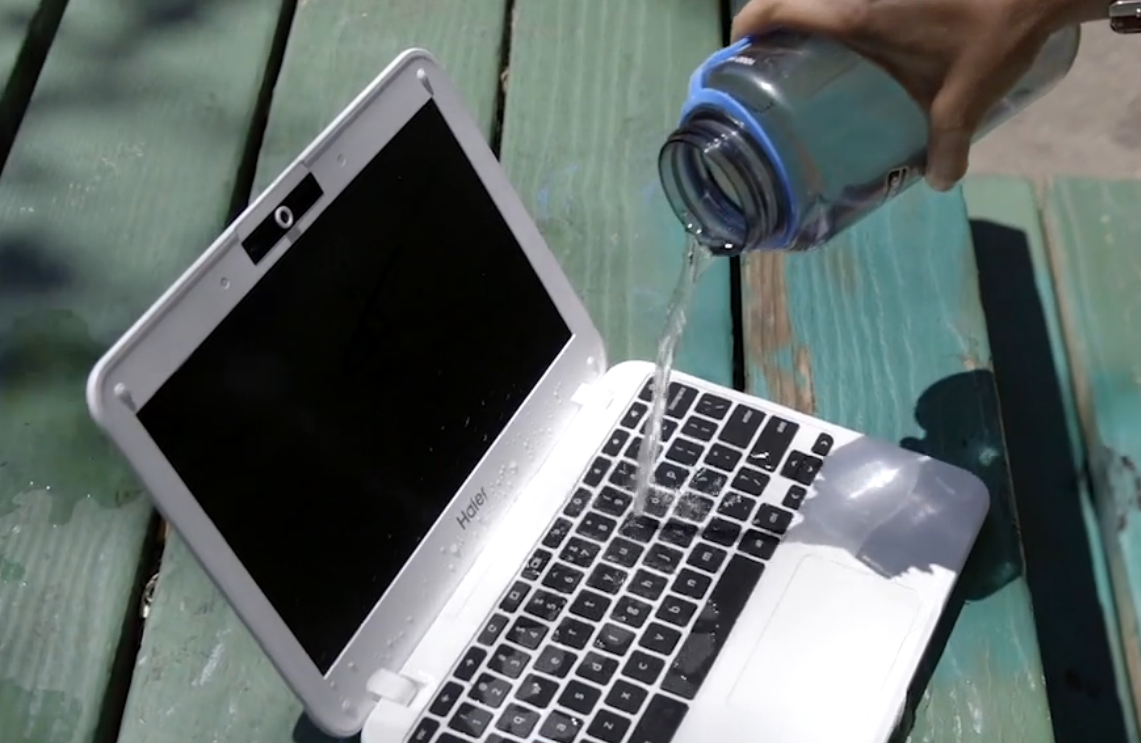 The first thing to do is turn off that computer and disable any power supply to avoid excess damage to the internal organs. If the computer is left on, it may lead to a short circuit, leaving the components permanently damaged.

Many people over react when they spill liquids on their laptops. Some will try to switch it on if it was off or force to keep it on which is very suicidal.

Computers are very sensitive machines and it becomes once if any other liquid apart from normal water like milk is poured unto them.

Instead of cursing, blaming it all and crying your eyes out, you can act quickly and save that machine.

Here is some advice from experts that can be a life saver if you spilled liquids on your laptop or any other computer. 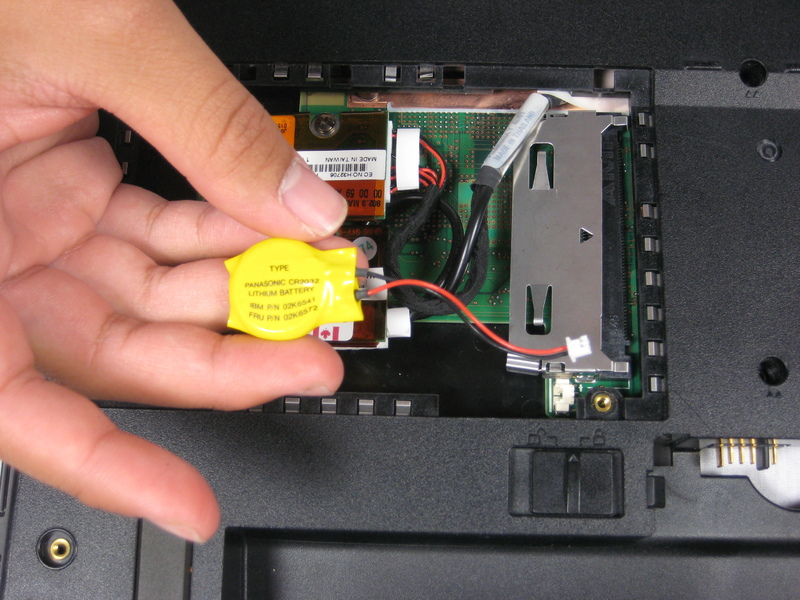 Then you can go ahead and remove any USB drives or dongles plugged into the laptop as well — you want to make sure nothing is trying to draw even a trickle of power from the system as you ready your self for a thorough cleanup.

In addition, “Safety is the first thing that typically goes out the window when you’re in a panic,” said Kay-Kay Clapp, repair analyst at iFixit. “But I can’t tell you how important it is to remove yourself from any potential shock hazard — especially if you’re standing in water or your clothes are wet. If that’s the case, rather than trying to unplug it from the wall, find the circuit breaker or switch for that source of power and switch it off from there. If you see (or feel) any heat, smoke, steam, bubbling, bulging or melting, avoid handling the device.”

Turn the laptop upside down on a dry absorbent surface like a towel. You can place the towel in between the keyboard and the screen and let the water drain out of it. 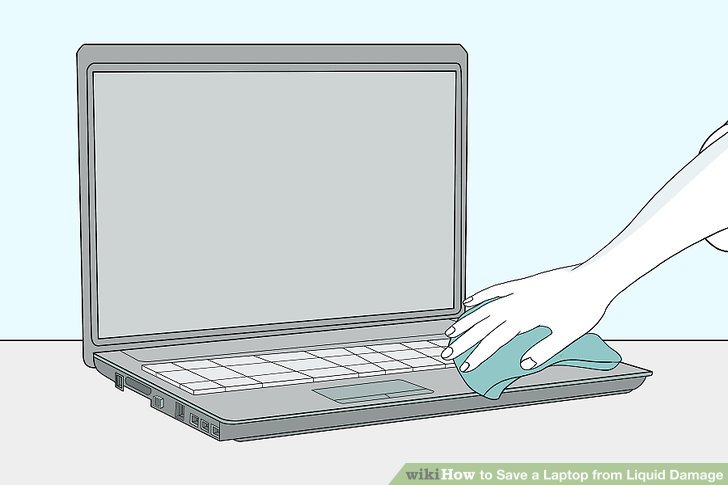 “I tell people to leave it 24 hours if you can,” Mr. Silverman said. “That’s ideal. If you don’t have the time, I’d say a minimum of four hours. Even though it seems dry, these parts do absorb a lot of water, so that just gives it time to dissipate any liquid.” The longer you can let it sit, the better. But if you absolutely have to use your laptop for work, Mr. Silverman said their testing shows four hours to be a pretty decent amount of time.

And despite what you may have heard, open-air drying is best in these situations — both Ms. Clapp and Mr. Silverman recommend against putting your device in a bowl of rice. “Rice doesn’t do much in the way of fixing a spill,” Mr. Silverman warns. Instead, “What winds up happening is that you have to do more work in cleaning out rice, which could pop some of the components. It really doesn’t work, and if anything, it could harm the system in the future.”

“Just because something works after you dried it out doesn’t mean it’s fixed,” she said. “Once the fluid intrudes, even after it’s dried, it can leave behind minerals that carry electricity where it doesn’t belong — causing increased corrosion damage over time.” This is especially crucial if you spilled something other than water — like soda or coffee — since those will undoubtedly leave damaging residue behind. A good repair shop will clean the components with powerful solvents or ultrasonic cleaning machines that do a very thorough job.

If you’re tech-savvy and don’t want to spend the money at a repair shop, you can take a crack at cleaning the device yourself. Here’s Ms. Clapp’s advice: open up the laptop, grab a toothbrush, dip it in a bit of 90 percent or higher isopropyl alcohol, and scrub away any residue you can find on the components. “Use caution as you clean to avoid damaging or accidentally knocking off small board components,” she advises. “Pay close attention to the connectors and ends of ribbon cables to prevent corrosion of their contact surfaces.” Once the board is clean and dry, you can check the cable ends for signs of corrosion, then reassemble everything and turn it on.

Lastly, Ms. Clapp has one more safety note: if your battery came into contact with any liquid, you should buy a new one. Liquid can not only damage a battery, but it can also render the device unsafe to use. When in doubt, consult a professional.