You’re lucky, I would have tripped you – Conte hits out at Tuchel again

The two managers clashed on Sunday after Spurs twice came from behind to get a share of the points.

Tuchel called for a foul on Kai Havertz just before Spurs’ first equaliser and an offside on the goal, with Richarlison appearing to block Edouard Mendy’s view.

His protest saw him exchange words with Conte and both coaches were shown a yellow card.

Before Harry Kane’s late header, Chelsea felt Cristian Romero should have been sent off for pulling Marc Cucurella’s hair, though VAR looked at the incident and decided it was not serious foul play.

At full-time, Conte and Tuchel went to shake hands but the Chelsea boss would not let go of his rival manager’s hand, gesturing for him to look in his eyes, prompting another melee as both managers were given their marching orders.

After the match, Conte wrote on Instagram: “Lucky I didn’t see you… Making you trip over would have been well deserved.” 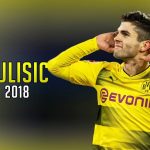