Among/Magogo Marriage Has Not Ended in Tears 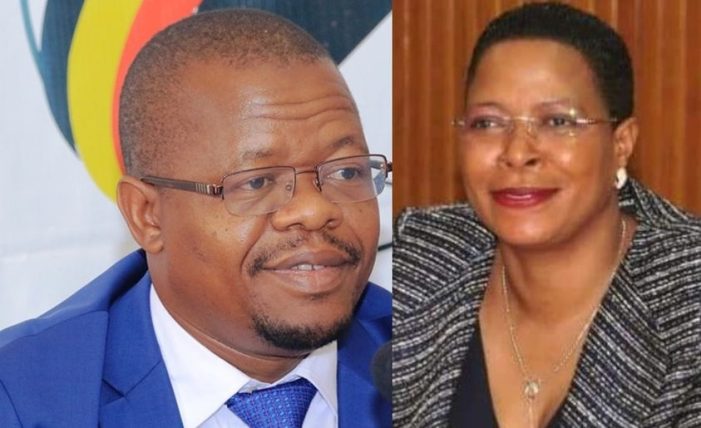 The office of the town clerk in Makindye division revoked and removed the registration of FUFA chairman Moses Magogo and Speaker of Parliament Anita Among’s customary marriage earlier this week.

The letter from the town clerk’s office said the marriage was invalid. This followed the marriage ceremony between Magogo and Speaker Among in August.

The pair later registered their marriage. The marriage, however, was called off and deleted from the Division Customary Marriage Registrar, according to a letter dated August 16 from Makindye Division Urban Council to the Registrar of Marriages in the Uganda Registration Services Bureau (URSB).

While processing this matter, I uncovered numerous blatant omissions and errors caused by duress, it stated.

The town clerk’s letter partially said, “The goal of this correspondence is thus to withdraw and inform you that I have formally erased the couple from the Division Customary Marriage Registrar.”

In response, the URSB issued a statement emphasising that neither the Clerk nor the Registrar of Marriages had the authority to annul any marriage.

According to a statement made by URSB, the Town Clerk has no authority to cancel the marriage.

“In customary marriage registration, the Town Clerk’s function is to register and transmit a return to the Registrar of Marriages at the Uganda Registration Services Bureau.”

“Upon completion of registration at the Sub County Chief or Town Clerk’s office, the marriage return is filed with the Uganda Registration Services Bureau (Registrar of Marriages) to be recorded on the National Marriage Register kept by URSB,” according to the statement.

With that said, it is only reasonable to assume that Magogo’s marriage to Among is safe while we await word from the Clerk and the marriage registry.