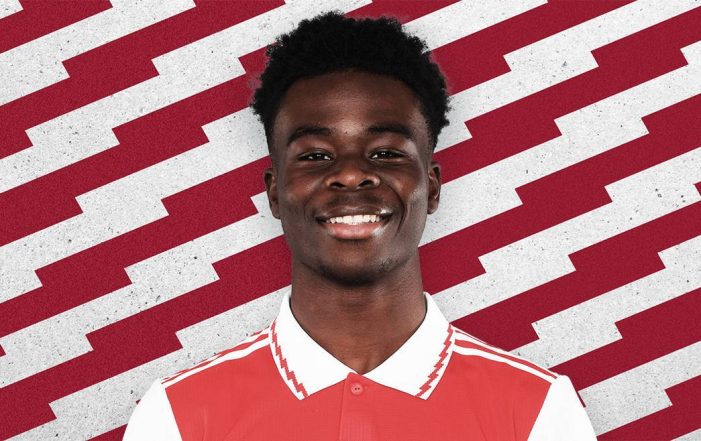 Arsenal’s midfielder, Bukayo Saka has been at the center of everything good happening at the Emirates Stadium this season (2022/23).

The Englishman took another step into engraving his name into the legendary status at the North London club. Saka equaled the record that Thiery Henry to become the second Arsenal player to score against Manchester United in three consecutive games.

The midfielder achieved this feat in the Premier League game against the Red Devils at the Emirates Stadium on Sunday, January 23rd, 2023.

Saka has scored seven goals in all competitions for Arsenal.