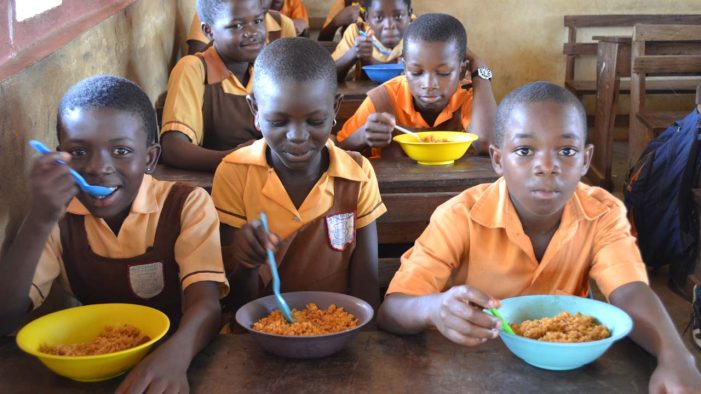 Experts at Makerere University are proposing school vending as a measure to guarantee nutrition security for learners in primary school.

The practice would allow schools to set up vending machines that sell consumer items and ensure that learners have options for alternative meals whenever they feel hungry. The discussion comes at the height of a discussion on the viability of parent-provided meals and universal free meals for learners.

Dr Margaret Kabahenda, a researcher in the Department of Food Technology and Nutrition that while the government has put a lot of effort into curbing malnutrition among babies, those gains are undone shortly after children start school because many of them go hungry for all the hours they spend at school.

She says that generally, only 20 per cent of school-going children are accessing meals at school despite evidence that a hungry child cannot learn. This is based on research they conducted in five districts of Kassanda, Ntoroko, Mpigi, Kyenjojo and Kamwenge. Kabahenda frowned on the idea by schools to ban vending and yet for some learners this is the only option for a meal they have.

The government has made several commitments to guarantee feeding at school over the years. The latest commitment was in the NRM manifesto released in 2020 where the ruling government pledged that they would start offering free lunch to all learners while at school. But, two years into the mandate, this promise hasn’t been fulfilled.

Instead, as part of the initiatives to guarantee that learners are having nutrient-rich meals, the government announced that they would start a milk programme for primary schools. The plan was to start with schools in the Kampala metropolitan area, where they said parents would make a compulsory financial contribution towards the initiative.

Apart from the fact that this hasn’t taken off, educationists have called it a misplaced and money-motivated venture. Filbert Baguma, the Secretary General of Uganda National Teachers Union (UNATU) says piloting such an initiative in the Kampala Metropolitan area, where the majority of the parents can afford to cater for their children’s meals makes it suspicious.

He says milk is not the biggest need and it’s unrealistic adding that even if it was, the government doesn’t have enough milk to feed all the children in Uganda.

Baguma says that since parents cannot afford to make such contributions to school feeding programmes, the government should consider buying maize flour and beans such that children access free meals at school.

His view is shared by fellow teacher Tamale Gyaviira who blames the government for failing the school feeding programme with its constant publicity that schooling should be completely free asking parents not to make any contributions at school.

Gyaviira says other than allowing school vending and its negative attributes to it to thrive in schools, parents should be making a small termly contribution to make feeding universal for learners. For contributions as low as two thousand shillings per week which translates to eight thousand per month, schools would be able to offer learners a decent meal.

For him, a school canteen should be a top-up and not a lifeline for learners’ meals while at school. He warns, not providing meals partly accounts for school dropouts. His point resonates with an earlier report released by UNICEF where the children’s body was sounding an alarm that school closures had affected children’s nutrition and yet noting that school feeding can lure those that were out of school to return back.

The report dubbed, “COVID-19: Missing More Than a Classroom” shows up to 370 million children worldwide, many of whom are reliant on school meals as a key source of their daily nutrition missed 40 per cent of their daily meals due to school closures during the COVID-19 pandemic.

However, while it’s clear that children rely on these school meals for most of their nutritional needs, Education Minister of State in charge of Higher Education John Chrysostom Muyingo says the stand of the government still remains that parents are responsible for their children’s feeding.

During the launch of the Universal Primary Education-UPE programme in 1997, parents were expected to feed their children, leaving the other tasks to the government as stipulated in Section 5(2) of the Education Act 2008.

However, many parents failed to provide lunch to their children, which left the pupils to starve at school until they return home. There were several efforts by several stakeholders including school authorities, district leaders, and development partners to encourage parents to provide meals to their children in vain.

One of the reports by the National Planning Authority report on Uganda’s Sustainable Development Goal II showed that seven children in every 10 school-going learners do not get a meal while at school. Muyingo says he has now started a lone campaign reminding parents not to overspend during these festivities so they can save some money for their children once the next school term begins.

Meanwhile, Uganda last had a free school feeding programme after the 1979 war where the government and the World Food Programme started a school feeding project in 1983 which was followed by another between 1993 and 1998. These projects were targeted at improving a number of social indicators including school enrolment.

An independent evaluation of the project implemented between 1993 and 1998 is reported to have given an achievement rating of 80 per cent. Now, as a quick fix for school nutrition security, Kabahenda recommends considering the supply of fortified beans and maize flour to schools.