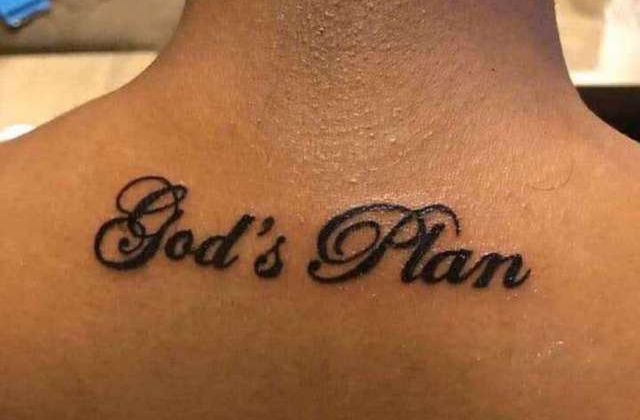 Few weeks ago, rumours from several corners were spinning that Sheilah Gashumba and her boyfriend, God’s Plan had detached.

The pencil sized Gashumba was quick to trash the allegations and claimed haters just wished their relationship to fail.

To emphasize that her relationship is still sturdier than ever, the motor mouthed beauty has irked a tattoo on her body.

Sheilah took to her social media to show off her new tattoo on her shoulders.

Her fans and followers have criticised her decision to engrave her boyfriend’s name on her body.  They say it’s a mistake she will forever regret.

Phyno To Release a New Album Titled, ‘Deal With It’