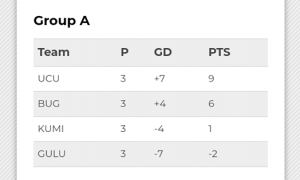 Gulu University football Team has been docked points for use of an ineligible player during their game against Bugema University on 20th April 2018 in the University Football League (UFL).

Following the game which ended 4-3 in favour of Gulu University, Bugema University petitioned the UFL Disciplinary Committee (DC) over among other things Gulu’s use of an ineligible player i.e. jersey No.14 Kitenya Robert.

The DC investigated the allegations and established that Acire John Paul, a former Gulu University player and current Lira United player, played the Gulu vs Bugema game under the names of Kitenya Robert who is eligible to play.

As per Rule 24, Gulu loses the Gulu vs Bugema match played on 20th April 2018 by forfeiture (0-3) for fielding an ineligible player.

In addition, the DC imposed a deducted of 3pts from Gulu for impersonation i.e. fielding Acire John Paul as Kitenya Robert.
For Love of the Game. 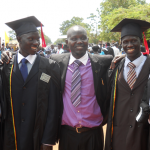