Makerere University guild president has warned his Cabinet ministers of a possible reshuffle if they fail to improve on their performance.

Bala David Bwiruka issued the warning on his Facebook account where he also sounded a warning to individuals he blamed for spreading false information via media houses. It should be noted that Campus Times published a story, ‘Makerere University students’ leaders divided over 210M Guild Budget’ which Bala used as a basis for his response; calling it ‘shameless’.

“Of late, there has been a rumour on social media that the guild members were at loggerheads over the guild budget and allocation of resources. I inform you that the guild finance committee determines what our ministries and offices shall receive according to the project proposals made by the various ministries/offices,” wrote Bala.

He however acknowledged that the budget had not yet been passed.

“Much as the finance committee has finished its work, the house hasn’t sat yet to examine the budget. It is therefore evident that no money has been approved for expenditure…,” he added.

This was the first time the guild president was responding to questions about his leadership on a public platform. His predecessor, Ivan Bwowe used Facebook as a feedback mechanism and this highlights his continued populace with in Makerere University community.

Bala on the other hand has been blamed for failing to update the community on developments within the university.

“I acknowledge that there has been a vacuum and misrepresentation of information concerning the 81st Guild’s affairs. In fact, your questions have acted as an eye-opener,” he said.

He highlighted on how current government sponsored students will not receive faculty allowances as the money has been channeled by the university administration into acquisition of books for the library and facilitating faculties/colleges.

The president responded to student’s queries about failure and continued delay in receiving faculty allowances, asking the victims to cross check facts with the university finance department.

Highlighting about delayed results, the president noted that many of the school registrars had resigned due to poor and delayed payment.

“I raised the issue of the necessity of additional pay for the University staff to H.E. President Museveni and I am positive that our lobbying shall pay off.” Bala said.

He defended his actions to appoint a government student, Kaweesi Mark to lead private students.

“Firstly, the Guild Constitution does not require me to appoint a private student for that docket. I only appoint someone if I deem them fit; that is, because he has potential, competence and loyalty. I am confident that I appointed a capable person.” Bala observed.

The Makerere Guild boss ended his communiqué with a message that will leave his cabinet ministers wondering about their fate. It was not the first time he was passing such a threat as he did so during his swearing in ceremony.

“For those ministers that are under-performing, changes are around the corner.” Bala warned. 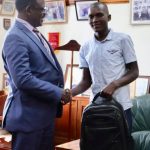 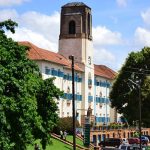 Makerere, 15 other African Universities Partner On Research to Fight Poverty 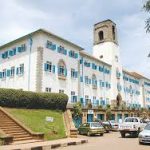