This follows allegations from MUASA that the council has failed to deliver and meet the goals to which it was founded.

Prof. Nawangwe said that the allegation about the University Council and the Appointments Board was unsubstantiated.

He added that the move and the communication about the same, sent to Education and Sports Minister Janet Museveni were extremely arrogant, very disrespectful and provocative.

On August 15, makerere lecturers wrote  a letter of vote of no confidence in the university council to the Minister of Education and Sports, Hon. Kataha Museveni asking her to dissolve it with immediate effect.

It is upon these grounds that the professor has urged the ‘Dons’ to plead for forgiveness from the council claiming all that was written in the letter was a lie. 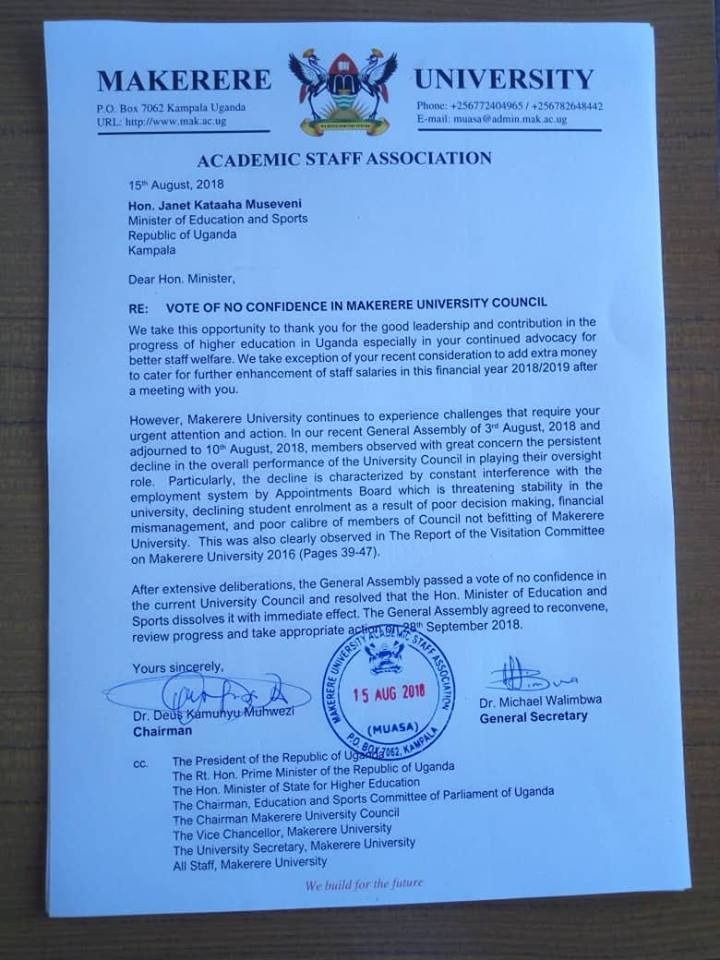