The suspended students are Kituno Daniel,Dhabona Jobs and Kigula Samuel students from the college of education and external studies, college of humanities and social sciences and  college of health science respectively.

In a letter signed by Prof Nawangwe on August 6 to each of the students, the three were accused of spreading potentially damaging information that could make other students to rebel against the university management. 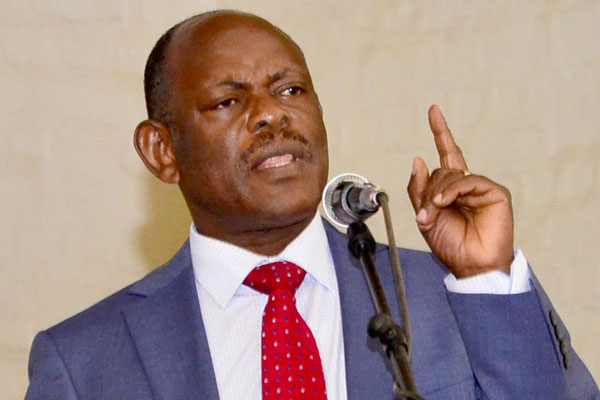 “It has come to my attention that you are involved in acts that are intended to cause anarchy at the university. Among other illegal acts, you have circulated inflammatory messages on social media calling for defiance and disruption of university activities,” Prof Nawangwe said in the three letters that carry similar wording. ( The Observer, august 7, 2018)

According to the URN reports, Makerere University vice guild president Fiona Kokoi said that the students were protesting against 15 per cent fees increment which the university management shall effect starting with the 2018/19 academic year.

“Your said illegal actions are in breach of the university policies and national policies and give rise to both criminal and civil liability on your part, despite several engagements, you refused to take heed,” he said.

The suspension is open and the time of termination is not clear.

However, Nwangwe said that it will help to safeguard security at the University and ordered the
university chief security officer to start the criminal proceedings and for the three students to vacate university premises immediately.

Prof. Nawangwe vowed to fight and put an end to the Makerere norm of strikes at his swearing-in ceremony as new vice chancellor.