Making MUBS a Degree Awarding Institute will Kill It

When Makerere University Business School (MUBS) was created, it was with a view to creating an institution to spearhead the development of business education in the country.

MUBS has done this ably since 2000. Makerere University from which MUBS was crafted has been growing over the years and the basic challenge has been its organizational structure which allows decentralization of decision making and innovation.

At the time MUBS was created, it could not innovate despite its high potential to do so. The result was separating MUBS from Makerere University both administratively and financially.

MUBS up to now did not get the financial autonomy required to enable it make itself relevant. The current market conditions.

Muni University has been established. We have now been told that we have to wait for a university in the Midwest and this is possibly in Hoima.

Besides these which are government universities, about 30 private universities have been established over the same period.

When I last checked, the National Council for Higher Education (NCHE) had advised government that MUBS was not fit to be a university and it was only fit to be a degree awarding institute.

You cannot dispute that because the NCHE is the government organ responsible for advising government on who should be and who should not be established as a university.

MUBS is bigger than Mbarara University of Science and Technology, Gulu University, Muni University and Busitema University combined. This is in terms of numbers of students, lecturers and budgets but we have not been found fit to be a university.

Instead, despite MUBS having been designated in the NRM manifesto as an institution to be converted into a public university in 2013 this has not happened for political reasons.

Political forces have been out to challenge the Presidents power having put this in his manifesto, they vowed not to turn MUBS into a university to the embarrassment of the President. It is not surprising that the MUBS staff feel that they are being given a raw deal.

If all these institutions have been made universities, why not MUBS? Some of the reasons you cannot say here but it is sad that a national institution is being prevented from delivering value to the country simply because they either do not like the person or they want to frustrate some political leaders.

I feel embarrassed that the NCHE has upheld this position of MUBS being a degree awarding institution despite MUBS abilities.

Do not be surprised if the staff with the PhDs in MUBS start leaving for other institutions that are called universities. With this kind of demotivation, this effort to make the country shine can turn into frustration.

As Principal, my official position is to agree with what government says. If they say jump, I will ask how high? As a member of the academic staff and a person who has provided leadership for some time, this is a decision I can never support.

I see all the effort we put in going down. As a National institution, we deserve the right support from the organs of government. 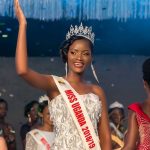