MUBS Graduate Commits Suicide Over A Break-UP With A Fiance 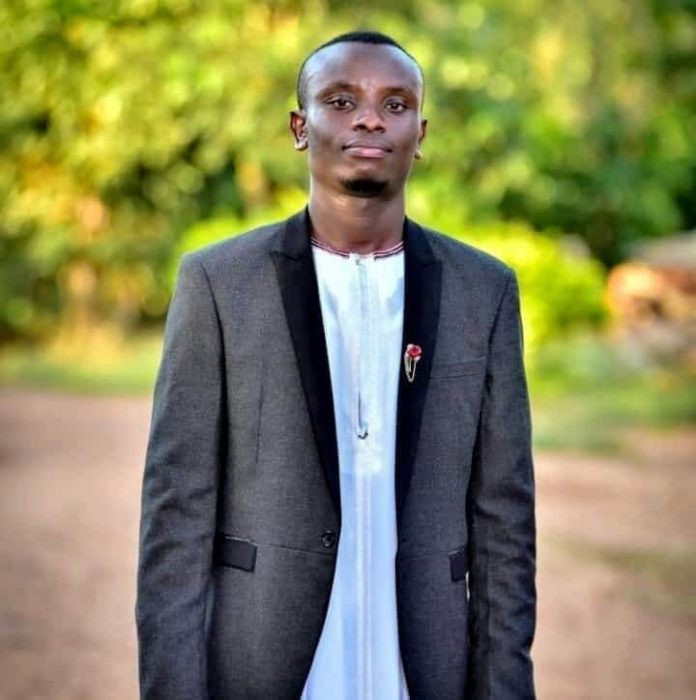 Friends and Family of a former Makerere University Business School Basalirwa Abby Arthur were shocked to learn that he had committed suicide over his fiancee dumping him.

Basalirwa Abby Arthur graduated in  Bachelor of Procurement and Supply Management in 2018, and was a nominee of the guild presidency in 2016.

The morning Arthur ended his life, he posted on his whatsapp status the  would be suicide note which stated:  “I am sorry but it’s too late, I’m sorry, too much weighing on me I don’t wanna live to see another day.”

“Go ahead and call me a coward and say I’m not strong, Because I’m not like you,” this is the first stanza of the song I’m sorry by Joyner Lucas. And was Arthur Basalirwa’s last message to his followers on Facebook at 1:26 pm on Thursday 20th March 2019.

Arthur’s breaking point came at a time he posted “Hi D You will always ask yourself if you had sent me a more meaningful text. These are your last words to me. Goodbye D.” 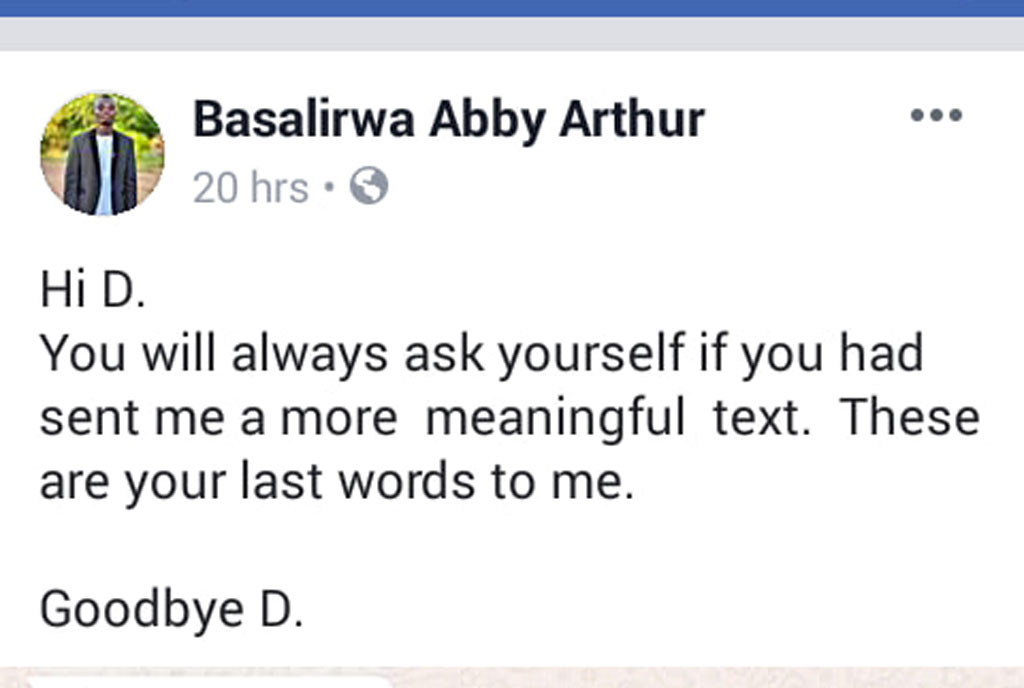 He had posted a number of Posts on facebook and got alot of counselling from friends but they all yielded nothing.

“One day in 2017, I opened my Facebook account and landed to post from Basalirwa Arthur. I actually took it seriously entered his inbox sent him a video which he enjoyed so much, yesterday is a post from some man I never took it seriously. Today as I open my Facebook account the only first to see was rest in peace for the same man.
ALWAYS PAY ATTENTION TO PEOPLE WHEN THEY TRY TO REACH OUT TO YOU. DEPRESSION IS REAL AND IT KILLS”

May his Soul Rest In Eternal Peace