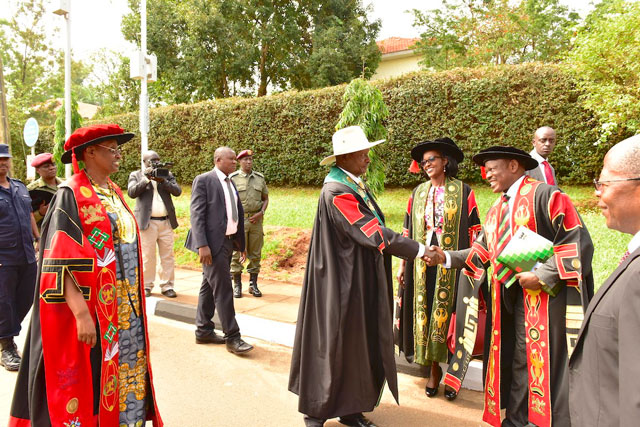 The President of Uganda, Yoweri Kaguta Museveni has lauded the Makerere University Vice Chancellor, Prof. Barnabas Nawangwe over his strategies towards ensuring discipline in the university.

In his remarks at the 69th graduation ceremony on Tuesday January 15, 2019 at Makerere Freedom Square, Museveni promised to render support to the University administration to fight impunity.

The president added that it is unfortunate fir a lecturer who would have acted as an example to students to rather be a nuisance and do despicable acts like rape. 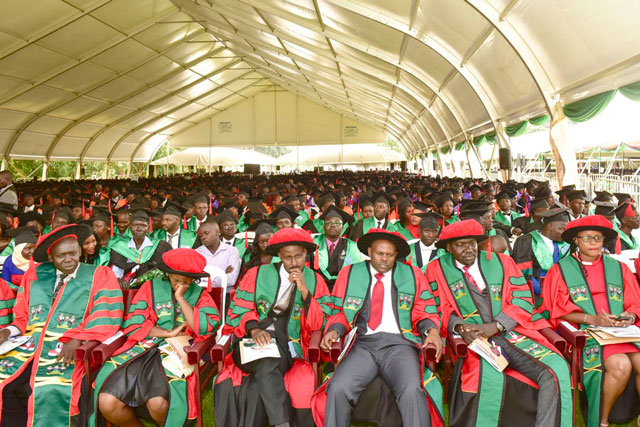 On grounds of rape, Museveni proposed that all lecturers caught sexually harassing students should voluntarily resign to preserve the image of the institution.

A total of 45 senior academic staff were fired by the Makerere University Appointments Board in December 2019, an act that the former described as abuse of structures.

However, Prof. Nawangwe told the president that all strategies are geared towards making Makerere ‘great again’.

“The measures taken are for the good of all stakeholders especially our students. Your Excellency, Makerere students are currently the most disciplined students and we are proud of them.” he revealed.

Prof. Nawangwe is famous for his silencing measures towards Makerere students’ strikes including expelling ring leaders and mobilizers of the strikes.