“Dokita” loosely translates to “Doctor.” Hajarah Namukwaya a.k.a Spice Diana sings about the love she has for her “doctor” who, in this context, is her lover.

Kenyan comedy star Eric Omondi features in the visuals and did his best as if he was acting a movie.

The Source Management songstress expresses her desire to be in her doctor’s presence, noting how she misses him so much and is in dire need of his services.

The visuals directed by Swangz Avenue’s Marvin Musoke try to potray the message embedded in the lyrics through the well-written script.

Eric Omondi acts the “Doctor” role quite well, showcasing his acting skills and obviously adding the much-required comedy side to the video.

I am so Pretty to be Single – Spice Diana 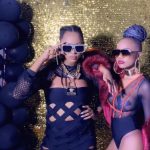 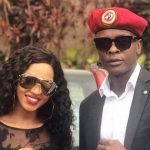 VIDEO: Spice Diana demands for her Money on Stage in Masaka