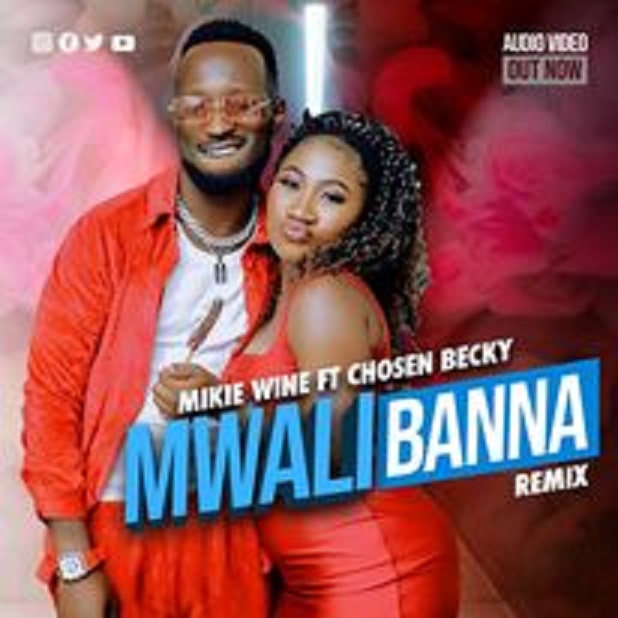 One of Bobi Wine’s siblings Mikie Wine released a remix of one of his aged songs a few weeks ago. ‘Mwali Banna’ is the song and its first version was released way back in 2016.

The audio has not changed much, with just a remastering of the track. It was still worked on by the original architect in Paddy Man.

There is no noticeable change in lyrics too, apart from the parts with Marion’s name being changed to Becky’s. The nostalgic vibe is still intact, and Chosen really did justice to the piece.

In the remix, Mike Wine features Chosen Becky who he says got the idea of redoing it with her after seeing Chosen Becky and her husband doing it as a challenge months ago.

Mike says this wasn’t only about the challenge but the ‘Byabangi’ singer gat a good voice and she is a good artist as well.

The new version shot by Darlington of Zero One Media has high-end cinematography aesthetics when it comes to picture quality and lighting; due to the clear technological advancement over the years. However, the original still towers over it, with its superior storytelling and location choice.

When asked about Marion a singer he featured in the first version of the song, he said he thought about her but maybe singing wasn’t her calling even when she had a good voice and with that, she had to go with Chosen Becky who takes singing as a career to her.