No Body Wants to See Me Shine, Ugandans Are Witches

Singer Rema Namakula has opened up on why she no longer posts pictures of her with her hubby Dr. Hamza Ssebunya amid speculations that their relationship could be going through a rough patch.

Rema said she has learned the hard way. She explained that when she had just met the her husband , she saw no harm in publicly singing his praises and detailing every facet of their private life in the public gallery.

However, the snide remarks, some from so-called friends, made her rethink the stance. In her estimation, some people hate it when certain relationships flourish.

She added that she moves with Dr. Hamza only when he is free from hospital work and when he pleases.

Rema Namakula got married to Dr. Hamza Ssebunya in 2018 after she parted ways from BET winner Eddy Kenzo.

Some netizens have always predicted that the two would not last long. To their disappointment, the couple has stayed together longer than they expected. 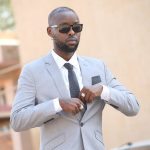