Number of Street Children Increases by 70% in Kampala 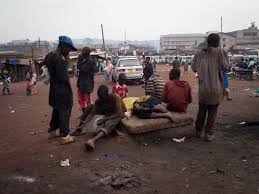 As you walk around the streets of Kampala, you will meet a lot of young children dressed in dirty clothes and some in rugs, eating from the dust bins, running around begging people to give them money, ‘mpayo ekikumi‘ is a Luganda word which means “give me one hundred shilling” . This is commonly used by these street children when asking for money.

A recent research made by Non Governmental Organisations(NGO’s) shows that the number of street child on the streets of Kampala has increased to 10,000 from 4000 in 1993. This represents a 70% increase.

Another research by Kampala Capital City Authority(KCCA) shows that over 16 children troop to Kampala streets every day.

80% of these children are from Napak district a sub region in Karamoja, Northern Uganda.

Most of these children don’t know who their parents are or even  relatives and also those who know them they don’t want to go back to their parents because of mistreatment.

‘Life on the streets of Kampala is not simple since we have to find what to eat and where to sleep by our selves”, one of the street children says. Adding that some girls on the streets are sexually harassed by an known men and others are raped.

A consortium of non governmental organizations are asking Ugandans to stop issuing the street children with money, food stuffs and other items, saying it encourages them to stay on the streets.