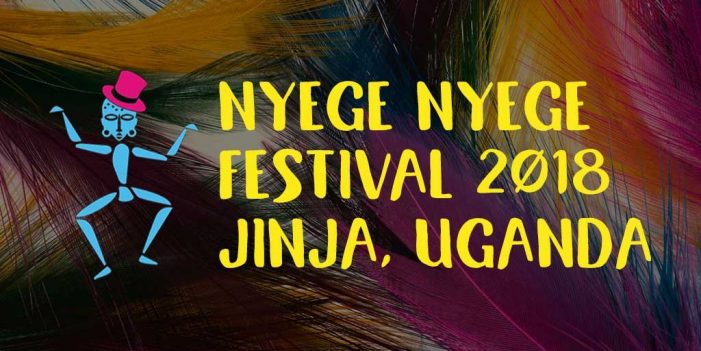 Nyege Nyege is back in 2018 with an even more massive line-up. North, West, South and East African are all sending their underground music legends to come and represent the best of what contemporary African music has to offer: kuduros, kwaito, Afro house, hiplife, Tuareg rock, cosmic synths from Niger, Arab tech, Morrocan bass, zouk bass, soukous, balani, funana, and swhaili trap and Tigrinian blues to name some of the genres that will be represented by the founders and pioneers of each respective style.

Nyege Nyege takes it’s inspiration from the legendary World Festival of the Black Arts’ that took place in Dakar Senegal in 1966. An extended invitation from Uganda to the world. Nyege Nyege will also showcase the connections between Africa and the rest of the world Afro Diaspora with Cumbia from South America, vodou jazz from Haiti and underground hip hop from America. Complementing the line-up will some of the hottest producers and DJ’s from Europe whose work is in conversation with African sounds.

Three days of NON-STOP musical celebration on two stages with state of the art sound systems on the shores of the river Nile in a stunning location surrounded by over four acres of lush tropical forest. The line-up is growing by the week and we can’t wait to share with you the exciting new additions in the months ahead.

The spirit of Nyege Nyege will encompass more than just music! Nyege 2016 will also be the location for the sequel of ‘Nyege Nyege island’ shot by Wakaliwood productions in the previous edition. Expect the same delicious afro-fusion cuisine great drinks at local prices, ongoing film screenings, custom made afro-futuristic decorations and many more surprises to come along the way.