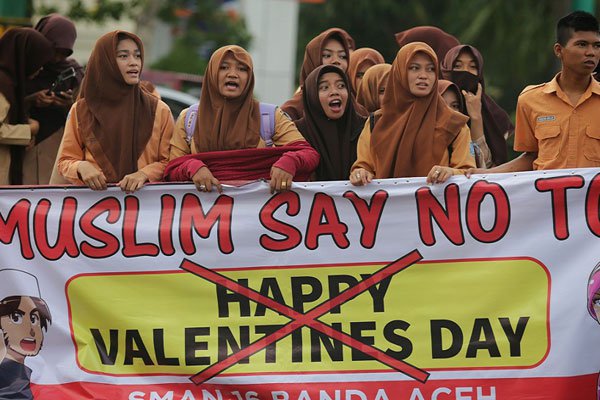 University of Agriculture in Faisalabad (UAF) in Pakistani has decided to re-brand Valentine’s Day as “Sister’s Day”.
The institution started with handing out headscarves and shawls to its female students in a bid to de-campaign valentines deeming it unnecessary and an erosion of Islam culture.

“In our culture, women are more empowered and earn their due respect as sisters, mothers, daughters and wives,” UAF vice chancellor Zafar Iqbal wrote on the university website.

“We were forgetting our culture, and Western culture was taking root in our society,” he continued.

“UAF was mulling a plan to distribute scarves, shawls and gowns printed with the UAF insignia among female students” on February 14, the statement on the website added.

University spokesman Qamar Bukhari told AFP Monday that UAF is seeking donations as it aims to give headscarves to at least 1,000 of its 14,000 female students.

“These scarfs will be distributed by the university administration and not their fellow male students,” he added, saying that the goal is to ensure respect for women.