President Museveni has urged the youth in Uganda to start enterprises and generate income with a view to transforming their lives.

The President of Uganda was October 3rd addressing over 100 representatives of Speakers belonging to the Urban Speakers’ Association of Uganda, led by the Secretary General of the Association Mr. Komakech Kelly from Gulu Municipality, at State House, Entebbe.

The President was responding to demands by the speakers that government increases their USh.30, 000 allowances in a memorandum that was presented to him by Mr. Kumakech Keli.

The Urban Speakers’ Association comprises of all the speakers from the different political parties in Uganda. The group was presented to the President by the Minister for Presidency and also Minister for Kampala Capital City Authority (KCCA), Hon. Frank Tumwebaze and that of Information, Hon. Rose Namayanja.

The President observed that there are many enterprises in which the youth can get involved. He cited an example of someone in Kanungu district who earns Shs. 430 million per year through selling 150 trays of eggs daily.

The President of Uganda, therefore, called on the youth to play their role and desist from the mentality of waiting for government to do everything for them adding that government will always play its role of providing the necessary infrastructure so that wananchi use the avenues to the best of their ability to create wealth.

The Head of State cited mushrooms growing and noted that the activity doesn’t need a big chunk of land to carry out. He advised the youth to get involved in similar production activities.

President Museveni stressed that the people of Uganda need to know and appreciate the difference between development and wealth.

He revealed to them that he knew about issues attendant to family wealth way back in 1966 when he had completed Advanced Level Certificate of Education.

He added that Ugandans should learn from their Indian counterparts who are very knowledgeable about wealth.

He also advised Ugandans to be economical and stop wasting money but learn to save.

President Museveni was happy that most of the Urban Speakers were youthful and advised them to to be frugal and plan.

“I am so happy to find young councilors like you. There’s great hope in the youth,” he said. The President informed them that creation of wealth is still low among Ugandans and that is why he is moving accross the country guiding Ugandans on Household incomes.

Museveni to Address the Nation Every Sunday, Don Wanyama 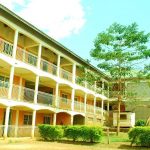