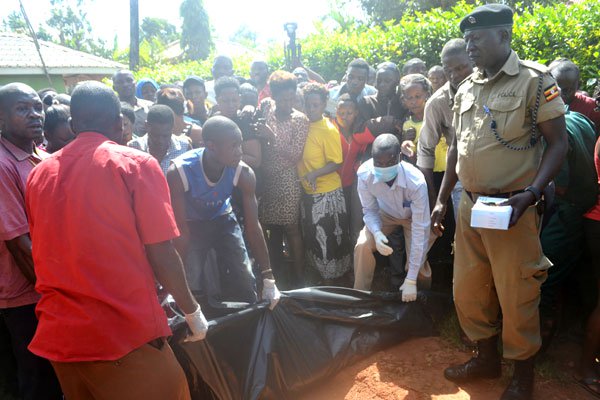 After a small period of peace from last year’s brutal women murder, Entebbe residents are in shock again after discovering a body of yet to be identified woman dumped in a residential compound.

The deceased who is estimated to be in her early 20s was found lying half naked in Rose Namutebi , a resident of Busambaga Village in Katabi town council in Wakiso District.

According to Mr Fred Mugerwa, the local council committee security person of the area, the body sustained numerous bruises especially on the lower parts from the waist.

“The body was discovered by a girl who was sweeping the compound on Monday morning,

“She was only left with a blouse. The other body parts were naked, exposing several scratches,” Mugerwa added.

Some residents said they had spotted her in one of the bars in the area on Sunday.

Mr Luke Owoyesigyire, the Kampala metropolitan deputy spokesperson said police has launched investigations into the matter and the deceased’s body has been taken to Mulago hospital mortuary for autopsy.

The incident comes just days after three suspects in the 2018 Entebbe and Nansana women murders were acquitted by the High Court in Kampala on grounds of lack of substantial evidence.