Do you know these 50 Arsenal Legends?

By Pascal Ninsiima on February 10, 2021   Uncategorized

In this series of Arsenal legends, let’s look at the best players that ever played for arsenal. Arsenal has produced the most amazing players in world’s football history over their remarkable 135 years of existence. Over 800 men have had the honor to play for the most incredible team in the world. Picking only 50 […]

Arsenal is still ‘The Arsenal’ regardless of the poor start!

Nicknamed the ‘The gunners’, Arsenal is one of the biggest clubs in English football and the most successful club in London, with over 62 million social media followers and over 125 million fans worldwide. Arsenal have won a total of 13 top flight titles and hold the record for the most FA Cup wins, with […]

Arsenal vs Leicester Live Stream  Arsenal will host Leicester City at Emirates Stadium in the Premier League, Sunday evening. Mikel Arteta‘s men have won nine and lost none of their 11 home league matches so far in 2020. Leicester, meanwhile, have the best conversion rate in the division with 12 goals from 49 efforts, but they have struggled […]

Liverpool to host Arsenal in the Carabao quarter-finals at  Anfield today 01st October 2020. The marquee fixture in this round will be played at Anfield, where Liverpool will be playing hosts to Arsenal for a second time this week. Liverpool manager, Jurgen Klopp will be without five key players when they host Arsenal in tonight’s […]

Premier League champions, Arsenal take on Liverpool today 28th September 2020 tonight at Anfield. Jurgen Klopp’s side battled to a hard-fought 4-3 victory over Leeds in their opener, before dispatching Frank Lampard’s Chelsea in emphatic style. Arsenal’s improvement under Mikel Arteta continues to show with wins over Fulham and West Ham, alongside an impressive 2-0 Carabao Cup […]

Arsenal will be looking to make it back-to-back victories to begin the Premier League campaign when they welcome West Ham United to the Emirates Stadium on Saturday. CLICK TO WATCH The Gunners eased to a 3-0 win over Fulham in their first top-flight fixture of the season, while West Ham were beaten 2-0 by Newcastle United in their […]

Everton is reportedly considering a move for former Arsenal midfielder Samir Nasri. According to reports, Samir Nasri could be a target for Marco Silva in January.

Everton is reportedly considering a move for former Arsenal midfielder Samir Nasri. According to reports, Samir Nasri could be a target for Marco Silva in January. The 31-year-old midfielder is a free agent after leaving Turkish club Antalyaspor in January and keen to return to the league where he enjoyed his greatest success. The Frenchman is allowed to […] 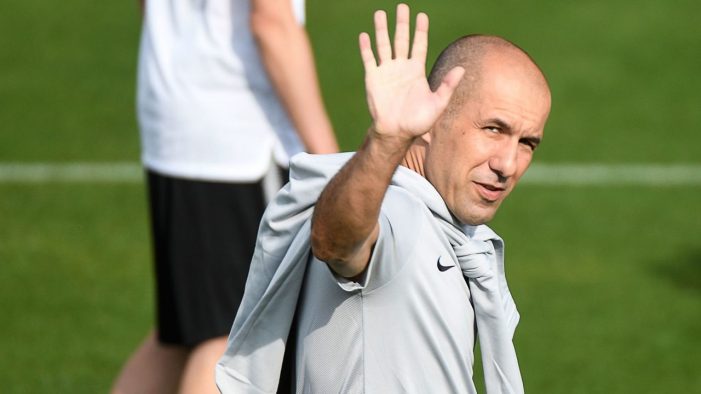