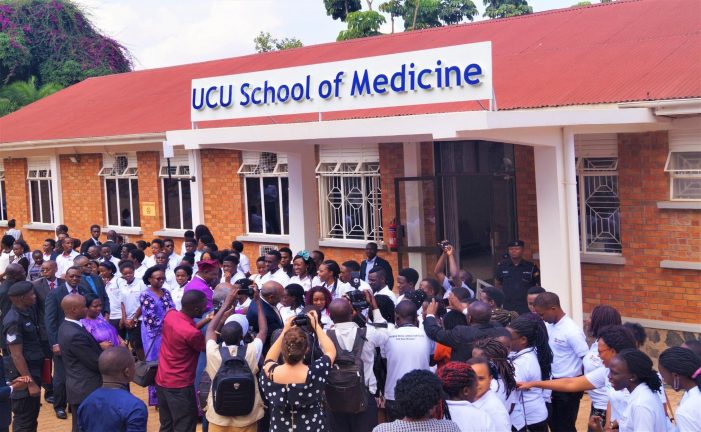 Uganda Christian University launched the UCU School of Medicine (UCUSoM) on Friday September 14th, 2018 at the Archbishop’s Gardens in Namirembe. The launch followed the accreditation of her medical programs by the National Council for Higher Education at the beginning of 2018 and the admission of her pioneer Bachelor of Medicine and Bachelor of Surgery […]

Uganda Christian University will launch the UCU School of Medicine (UCUSoM) on September 14th, 2018 at the Archbishop’s Gardens in Namirembe. The function will be officiated by Rt. Hon. Ruhakana Rugunda, the Prime Minister of the Republic of Uganda according to Micheal Mubangizi, UCU Public relations officer. UCU School of Medicine is composed of sixty […]

Ruhakana Rugunda has been appointed the Prime Minister of Uganda. He was appointed to that position on 19 Sept 2014. Rugunda is replacing Amama Mbabazi, who has been dropped from the Position. Prior to the new appointment, Ruguda served as Uganda’s Minister of Health and Permanent Representative at the United Nations, from January 2009 until […]