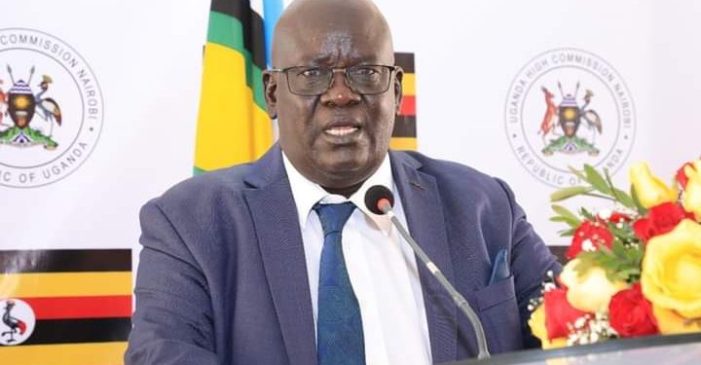 Uganda’s Ambassador to Kenya and Seychelles, Dr Hassan Galiwango, has died in a Nairobi, Kenya hospital where he was hospitalized.

The Foreign Affairs Ministry confirmed his death of Ambassador Galiwango, in a press release, early on Monday.

Galiwango, also a husband to Mbale City Woman Member of Parliament,Connie Nakayeze Galiwango was admitted to hospital on Sunday with an unknown ailment . Circumstances surrounding his death remain unclear.

However, close family sources reveal that the deceased was first admitted at Mulago Specialized Hospital with heart complications before his transfer to Nairobi, Kenya.

Foreign Affairs Ministry says details of his burial arrangements will be communicated soon.

“I have received the sad news of the death of H.E Dr.Hassan Galiwango,our Ambassador to the Republic of Kenya.On behalf of @GovUganda, I send ur deepest condolences to his family,the NRM party and Ministry of Foreign Affairs.May Allah grant him eternal rest.” She wrote

Galiwango was appointed High Commissioner to Kenya in October 2020 by President Yoweri Museveni, however he assumed duties in 2021, after handing over his credentials to Kenyan President Uhuru Kenyatta.

Galiwango is remembered by locals in Mbale Municipality for creating an impact in the Education sector. He was a proprietor of various schools including Mbale Progressive Secondary School and Pioneer Secondary School.

Besides that, Galiwango served as Mbale Resident District Commissioner and LC III Chairperson

Prior to his latest appointment, he served as finance and administration at the NRM secretariat and was Uganda’s permanent representative to the United Nations Environment Program and UN-HABITAT.