Who is Prof. Barnabas Nawangwe- The new vice Chancellor of Makerere university 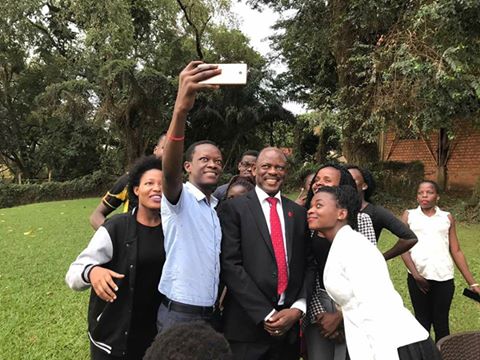 He has thus been responsible for the planning, budgeting and development of the university.

He officially started his work on 1st September 2017 as Makerere university Vice Chancellor.

He takes over from Prof. John Ddumba Ssentamu whose term of office ended on 31st August 2017.

The official handover ceremony is slated for Thursday 14th September 2017 at Makerere university.

Below we look at who Prof. Barnabas Nawangwe is.

Prof. Barnabas Nawangwe was born into a humble family in Busia District. He started his education at Busia Integrated primary school, where he became head prefect in 1971. His contemporaries remember him as inquisitive but not necessarily loud.

He later joined Busoga College Mwiri, which he credits with his leadership skills.

“They [literature and history] were my favourite subjects but my father insisted that I had to do sciences instead [of the Political Science and Law he was interested in] due to the political situation at the time… I think he thought it was safer,” he recalls.

Nawangwe excelled at Physics, Economics and Mathematics at his A-levels, qualifying to join Makerere University, where he was admitted to study Civil Engineering. He survived there for one term, before he got caught up in the heady university politics.

According to information on his website,“It was 1977 and we were protesting against a situation that most of us saw as hopeless,” Nawangwe explains. But the Idi Amin government would have none of the planned strike they were involved in and he soon became a hunted man.

Fearing for his safety, Nawangwe fled to Russia to continue his studies.

“I had always been involved in fine art, so one day a lecturer of the Russian language found me making some drawings and advised me to switch from Civil Engineering to Architecture. I had never even heard of the subject,” he recalls.

Eager for a change, Nawangwe changed to Architecture and has never looked back. The subject took over his imagination and he went on to obtain a PhD in the subject before returning to Uganda in 1988.

He first worked for Habitat consultants before he returned to Makerere University in 1989, to start his biggest achievement yet; starting the Architecture programme in Uganda. To date, it remains the only course at Makerere with international accreditation.

The training on this course is the most rigorous. All students must undergo field training. After graduation, they must work for two years before sitting an exam so they can obtain certification from the Uganda Society of Architects.

Following his appointment as lecturer at Makerere, he became head of the department of Architecture in the faculty of Technology from its inception in 1989 to 2002. During this time, he also chaired several university committees, including the University Research, Administrative and Financial Reforms Committee.

He would later rise to the position of acting principal of  College of Engineering, Design, Art and Technology (CEDAT) from 2009 to 2013. 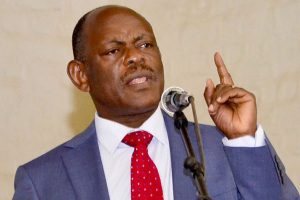 He has supervised several Masters and PhD students. He has presented numerous papers at local and international conferences and published several articles in internationally reviewed journals and books.

He has also been author to a number of research reports. Prof. Nawangwe is currently external Examiner at Nairobi University, Royal Institute of Technology, Stockholm, and Oslo School of Architecture.

Away from Makerere University, Prof Nawangwe is a consulting architect and chairman of the Architects Registration Board (ARB) and a past president of the Uganda Society of Architects

In his free time, which comes rarely, he is to be found engaging with Makerere colleagues at Technology Consults, a firm he has led for 20 years, helping it raise its share turnover from Shs 2m to Shs 2bn per year with 80 shareholders. He prefers to say little of his family. He is married, with five children.