This will be the second of its kind if the Makerere University Business School (MUBS) academic staff lay down their tools as vowed on Sunday this week. A month ago, the lecturers had organized to strike due to unpaid salaries but decided to call it off after the ministry of public service and ministry of […]

Stanbic Bank Uganda has donated computers worth Shs 100m towards helping Makerere University management reequip its main administration centre after a recent fire destroyed a substantial part of the famous Main building. The ‘Ivory Tower’ caught fire on 20th  September 2020, the case is still being investigated by police and other relevant authorities. However furniture and office equipment […]

Non-resident finalist at Makerere University will have to part with 145,000 Shillings to secure space in university halls as studies resume. This is part of the changes made by the university management reversing an earlier decision to call four halls of residence. The university had initially resolved to close Complex, Livingstone, Lumumba, Mitchell halls and […]

The Makerere University fraternity is mourning the passing of  Prof. Joseph Oonyu from the School of Education who died  on Tuesday 13th October, 2020. According to his sister, Ms Jane Atina, the deceased died on Tuesday morning while he was being rushed to the hospital in Mpererwe. Ms Atina, said that the deceased developed a running […]

A total of Five Halls of Residence are to remain closed as Makerere University reopens for finalists. According to university management, the returning students will be accommodated in designated halls on a first-come, first-serve basis. The affected include Complex, Livingstone, Lumumba, Mitchell halls, and off-campus Kabanyoro student’s hostel. The dean of students Makerere University Cyriaco […]

Kampala: Set to open on the 3rd of October 2020, Makerere University has announced that continuing students will keep studying online until the government makes a decision. The University Administration noted that for finalists, the Health Science students will be the first to report and the rest will follow. The different colleges have also been […]

On 1st October 2020 during a press conference at Makerere University, the Vice-Chancellor Professor Nawangwe Unveiled the Official contribution channels for support towards the restoration of the Iconic main Administration building. The channels include use of MTN MoMo pay with a merchant code 542803 and Stanbic Bank Accounts: 9030017778608 (USD)/ 9030017778535 (UGX). This is aimed […] 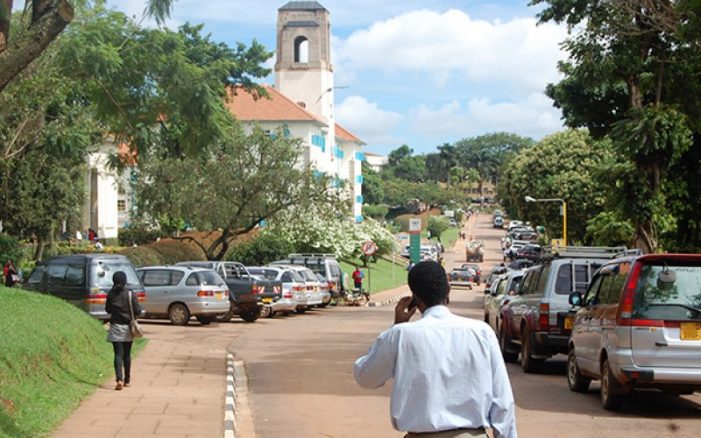 Makerere University will open up for its final year students as per the presidential directives on schools re-opening, despite the fire tragedy that left the entire main building in tatters. Medical finalists students are expected to report for their second semester on October 3, 2020 which will end on November 28, 2020 Other finalists will […]