Police, teargas,  shooting of both rubber and live bullets explain the deadly tension and loud cries that have engulfed Makerere University campus and the surrounding areas.

The academic business has been paralyzed because of the 100% tuition policy.

Students at the oldest public university in Uganda are striking over the university tuition payment policy that requires students to clear 100% of tuition within the first six weeks from the start of the semester.

This followed police interception of students who were matching to Parliament to launch a petition to the speaker.

However, despite the extension of the deadline, Makerere University students are not happy with the 100% tuition policy. Students want the policy abolished.

“We are not satisfied with the university council’s decision to postpone the deadline, they should scrap off the new policy in its entirety,” Ivan Bwowe, Makerere University Guild President says.

After failing to get a clear pleasing response from the university administration, students on Friday 13th March continued with their demand. This prompted police to arrest a number of students.

Prof. Dumba Sentamu, Makerere university Vice Chancellor on a sad note however claims students are being politically influenced to strike.

“We agreed with the students to postpone the deadline as request by their Guild leaders headed by Bwowe Ivan, but we are disappointed to see Bwowe leading the strike,” Prof. Dumba Sentamu painfully told the press.

By 2:00pm on Friday 13th March, police were still deployed at Makerere University and busy spraying “pink water spray different from what was used yesterday”.

“Yesterday’s teargas was not as so deadly as today’s……”, an affected Makerere university student lamented. 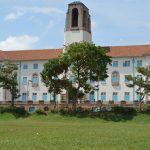 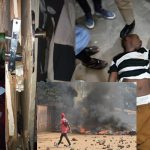 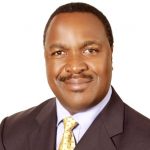 Makerere University to Issue Transcripts to Students Before Graduation