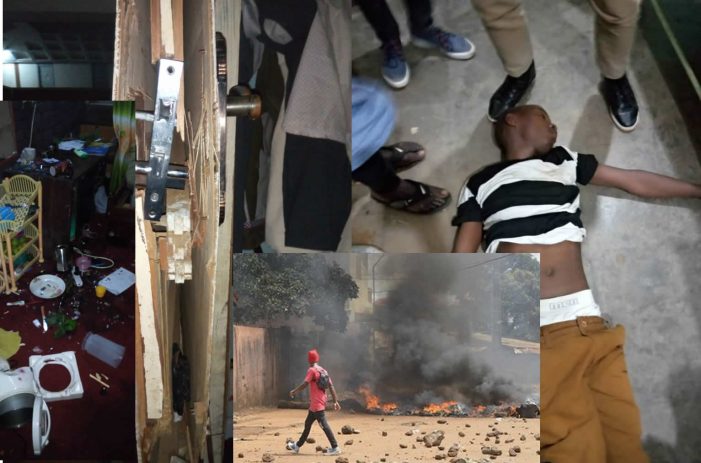 General Salim Saleh has gave out Uganda shillings 21 million to help wipe tears of the aggrieved Makerere University students who were affected by the October, 2019 tuition increment. The compensation followed Saleh’s meeting with 15 students who were led by the guild representative councillor (GRC) for Lumumba hall, Patrick Nsamba who also doubles as […] 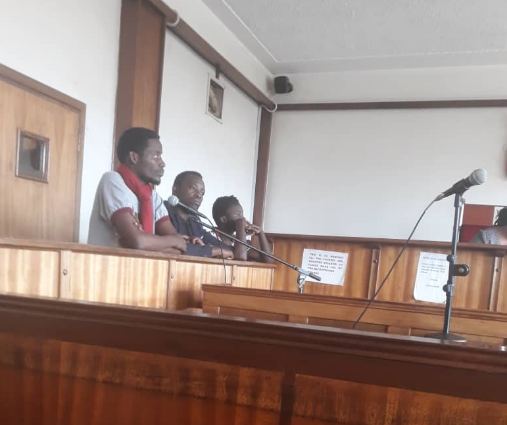 Three Makerere University Students have been today charged with trespassing at the University’s main premises, taking part in unlawful assembly by Buganda Road Chief Magistrate in Kampala. Frank Bwambale, David Musiri and Roy Rugumayo appeared before Grade one magistrate Joan Ketty Acaa on Wednesday to have the charges formally read to them. They however denied […]

Police, teargas,  shooting of both rubber and live bullets explain the deadly tension and loud cries that have engulfed Makerere University campus and the surrounding areas. The academic business has been paralyzed because of the 100% tuition policy. Students at the oldest public university in Uganda are striking over the university tuition payment policy that requires […]

Today’s peaceful morning demonstration at Makerere University abruptly turned violent.This followed police interception of students who were matching to Parliament to launch a petition to the speaker. Police fired teargas,  rubber and live bullets in the air to disperse the students. One student was overhead saying,  they a peaceful and it’s only the police leading […]