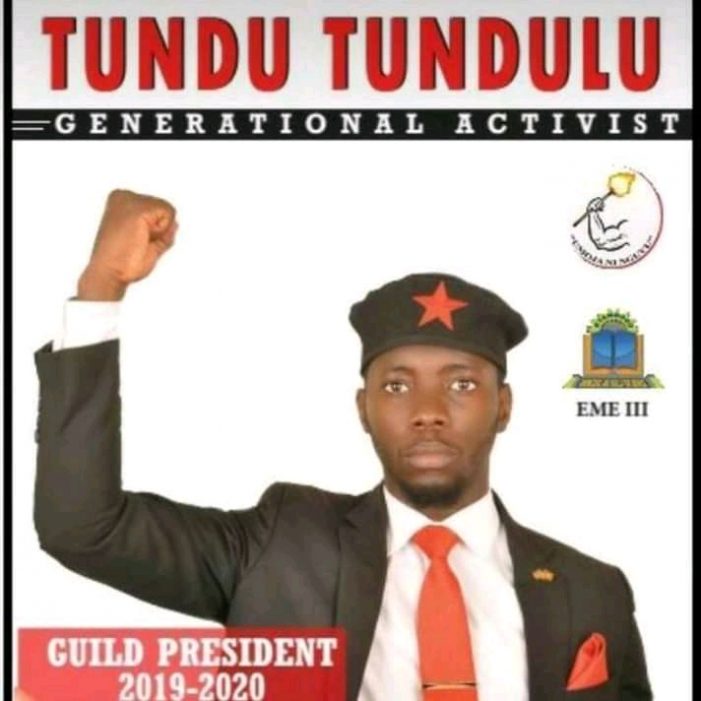 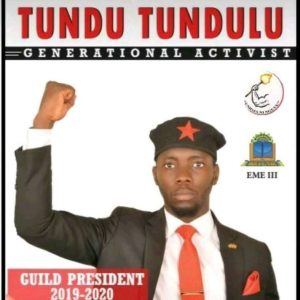 Tundulu who contended under the independent card but later adopted the People power ideology tallied 2789 defeating eleven other candidates including the FDC candidate Atto Sebbi Juma who came second with 155 votes short of the winner.

Kalulu Nicholas from the Faculty of Science came third with over 1489 and in the fourth position was Ahabwe Christian who scooped 1133 votes.

The now 16th Kyambogo president, after FDC’s Amanya German,received most of his support from the Faculty of Engineering with over 400 votes more than his main competitor Atto Sebbi Juma.

Dissatisfied with the results, Atto Sebbi Juma petitioned the electoral commission with a letter addressing irregularities in the electoral process at the faculty of Engineering including a claim that students were voting without proper identification.

However, the Electoral commission under Shabil Ojambo Wabwire dismissed the allegations and declared Tundulu Jonathan Guild President by 2:00 AM today.

Jubilant, Tundulu led a group of his supporters around the campus celebrating their victory.

Commonly known as Tundu Tundulu, he is a renowned students’ activist at Kyambogo University and a third year student of Bachelor of Engineering in Mechanical and Manufacturing Engineering. In 2018/2019 Tundulu served as a Guild Representative Councilor (GRC) for Faculty of Engineering.