Live Coverage: Launch of the ‘world trends in freedom of expression and media development report’ 2017/2018

We are pleased to present to you the live coverage of the launch of a report on “World Trends in Freedom of Expression and Media Development 2017/18” by the Department of Journalism and Communication Makerere University in partnership with Oslo and Akershus University College of Applied Sciences, Norway.

The report, which covers the period 2012 to 2017, discusses freedom of expression across four key dimensions of media freedom, pluralism, independence and safety of journalists.

It is intended as a tool for implementing the United Nations 2030 Agenda for Sustainable Development, which recognizes the importance of ensuring public access to information and protecting fundamental freedoms among its goals.

As one of its observations, the report shows that media independence is weakening and the professional standards of journalism are being eroded by economic forces on the one hand and lack of recognition by political actors on the other.

A panel discussion moderated by a top Journalist, Charles Mwanguhya is scheduled ahead of the report launch. The panelists include:

You can follow and participate in the live text, photo, and video reporting of the report launch via facebook, twitter, and whatsapp by using the hashtag #WorldMediaTrends 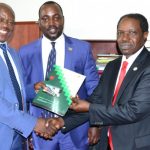 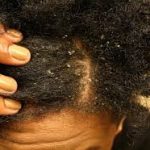 How To Deal With Dandruff in your Natural Hair