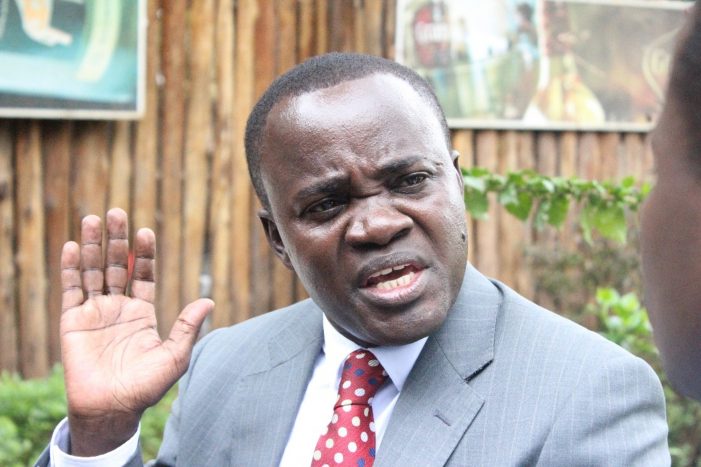 Makerere University Academic Staff Association (MUASA) has put up a fight against the amended law that gives the university power to dismiss or terminate the contract of a university employee facing criminal offences.

Through their Chairman Dr Deus Kamunyu, he described the act as unconstitutional and aimed at stifling on employee’s freedom of speech especiall those speaking against unfair university policies.

“I wonder why a knowledgeable council could pass such a careless law without consulting the legal department. Whatever was passed is against the provision of the constitution of Uganda so we are going to repeal it since Makerere is not above the law to pass such laws,” Dr Kamunyu said.

Some of the provisions of the new human resource manual, which was gazetted on November 2, include that “nothing shall be construed as prohibiting or restricting the appointing authority from exercising its powers to take disciplinary action against an employee who is facing criminal proceeding and subject such an employee to any form of punishment including termination, suspension or any other appropriate sections”.

“An employee convicted of a criminal offence shall be deemed to have been summarily dismissed, however, an employee’s acquittal by the courts of law does not in any way affect the decision made by the employer during its internal disciplinary process,” the manual adds.

In case an employee is suspended, he or she shall be on half salary until the conclusion of the investigation and disciplinary proceeding by employer.

This all comes after the human rights activist and Makerere University research fellow Dr Stella Nyanzi is charged of harassing President Museveni.

Stella has been on Tuesday remanded back to Luzira Prison till January 10,2019 after denying cases of Cyber harassment through her lawyer Isaac Ssemakadde.

The law is viewed as aimed at taming vocal academic staff such as Dr Stella Nyanzi, who is battling charges of abusing the person of the President.