Makerere university Volleyball Team is in high spirits ahead of the November 2014 inter-university games. The team, comprised of a male and female wing, has been participating in an ongoing tournament that kicked off in June 2014 in Kumi district.

This ongoing tournament brought together a total of 21 teams from around the country, playing against each other in clusters of six.

Although the Makerere University Volleyball team has not made it to the National finals, Coach Eric Kawoya is convinced that the momentum built can only get better.

“We assembled this team in January this year and their performance, given the short period of practice, is impressive,” he says. “This team is getting more and more competence by the day. There is no need to hire mercenaries anymore. We should instead support and facilitate our team comprised of students and members of staff of Makerere University. We are now getting ready for the inter university games this November in Mbarara and Nairobi. I am confident we shall bring victory home,” adds Kawoya.

Kawoya reveals that the Mak Volleyball team is financially constrained, with the female wing lacking appropriate sports gear.  “For this tournament we received facilitation from the University but for friendly matches we have to deep into our pockets,” he says.

Dr. Chris Bakuneeta from the College of Natural Sciences has been the Chairperson of the Competition Organizing Committee for close to two years. He is passionate about reviving the vibrancy of sports among members of Staff. “We initiated a lot of sports for Staff like swimming, football and volleyball. The turn up was initially promising, but of late we could do with a little more enthusiasm because sports is good for us all. I therefore encourage more members of Staff to get involved in a sport of their choice. I play volleyball myself,” he says.

Now Dr. Bakuneeta is organizing a sports-filled day, during which interested members of staff will participate in a variety of sports with prizes to be won for the top performers. This, he says, will be before the close of 2014. 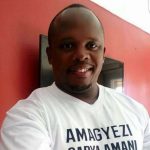 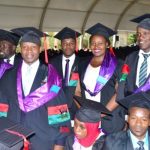 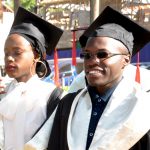