Makerere and KIU Hunt for win

Ndawula’s side has dropped to 6th place in the table after last weekend’s 1-0 reversal at the hands of Kampala University. Makerere university last Saturday’s lost 1-0 against KU.

KIU will also be looking for a win to haul them off the poor form they have exhibited in the last three matches.

The Kasanga based University have lost three of their last three games so far in this second round of the Nile Special and Pepsi sponsored University Football League including last Wednesday’s 3-1 defeat to Nkumba University.

KIU will be without Joshua Mucunguzi who has accumulated more yellow cards. For Makerere, first choice goal Keeper Hannington Ssebulwayo could return to the side after missing the weekend match against KU as he had gone for the Masaza Cup finals for Singo against Mawokoota.

Both teams are desperate for their first wins in the second round of the UFL, but in the first round KIU thrashed Makerere by 4-0 at St. Peters ground in Nsambya.

“Am looking forward to improving on my teams performance against KIU, we tried against KU but lady luck wasn’t on our side stated Fred Ndawula. 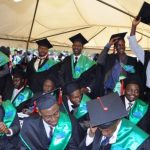 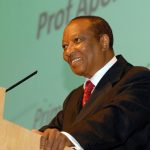