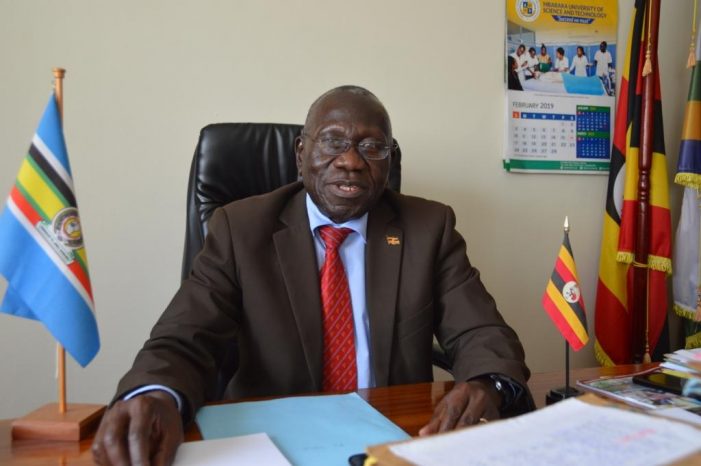 The professor made this revelation while in an interview with PML Daily on Monday.

“They are very sure that council is doing its role but what they did was intended to blackmail it so that it comes up with a decision that favours them, these people have not taken into consideration that parents in Uganda have entrusted their children [to the university] to be educated and mentored. They should not think that Mbarara University is for only employees, parents are also stakeholders and government has invested a lot,”Prof. Obua said.

Mr. Obua was concerned that the academicians who are supposed to act as role models to emulate professional principles were the very ones tarnishing professional standards. The Vice Chancellor however said that he will not be intimidated by a bunch of individuals who prefer some tribes over the others and pledged to stick to codes of ethics.

“You cannot accuse somebody, make the judgment and take a decision of what should be done. They are undermining the role of council and arm-twisting council to act on their recommendations. Is that how they want this institution to be managed? They have officially communicated in writing we shall also communicate to council and then they will come out with what to do,” He noted.

He also confessed that there is no diversion of University funds since MUST receives an audit team each academic year.

“The university has not appeared before the committee of Public Accounts Committee, all I can say is that there are individuals who have their personal problems because some accuse me of not taking them for trips, some told me that they do not like me because I’m not appointed by the president that I’m simply appointed by council, some wanted me to appoint them in the contracts committee which I declined because that is influence peddling,

“The likes of Dr. Viola Nyakato the Dean faculty of Interdisciplinary studies want her husband to be employed as a lecturer yet he does not have a first degree, some are deans in other universities but they are fighting hard to bring this great institution down and they are using people who don’t have the opportunity to get employment anywhere”.” said Prof. Obua.

MUST staff on May 2, under their umbrella  Mbarara University of Science and Technology Academic Staff Association (MUSTASA) opted for a sit-down-strike demanding the resignation of the Vice Chancellor and the University Secretary.

“Of course I cannot fail to say that some belong to opposition parties and they say they do not want a person from another tribe which I think is unfortunate.  I had been barred by council from speaking to media but now since they have pushed me to also speak, I will expose all those that have tried to ask me for favours and when I rejected they turned against me,” Prof. Obua highlighted.