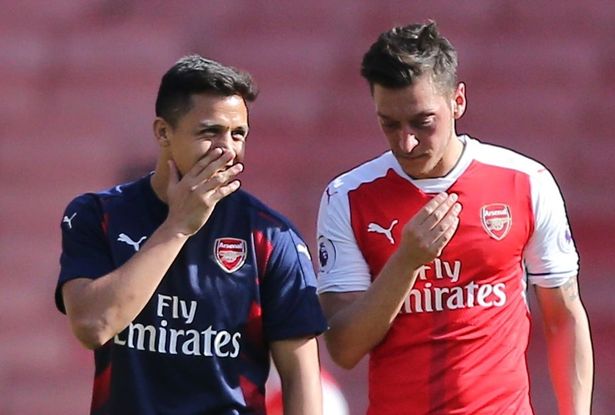 Arsenal manager, Arsene Wenger conceded on Thursday he may have no option but to sell star players Alexis Sanchez and Mesut Ozil in the January transfer window.

The pair are both out of contract at the end of the season and are yet to agree new deals.

As things stand, they will be able to leave the Emirates Stadium for free, meaning January will be Arsenal’s last opportunity to cash in on their two most high-profile players.

“It is possible,” Wenger told a press conference ahead of his side’s trip to Watford on Saturday. “Once you’re in our kind of situation, we have envisaged every solution, yes.”

Asked if Arsenal had set a deadline for contract negotiations with the pair to conclude, Wenger replied: “No. Not at the moment.”

The signings electrified Arsenal’s fan base, but for all their quality, the duo have thus far been unable to end the club’s 14-year wait for the Premier League title.

Sanchez has been linked with a number of major clubs, among them Manchester City and Paris Saint-Germain.

Ozil, meanwhile, is reported to have attracted interest from Manchester United, who are managed by his former Real Madrid boss Jose Mourinho.

“I always said the fact that we didn’t find an agreement last year doesn’t mean the player will necessarily leave. Both players look happy here and overall I hope the situation can be turned around.”

Ozil could feature at Watford, having returned to training following a knee injury.

But Sanchez is due to be assessed after playing in Chile’s 3-0 loss to Brazil on Wednesday, which ended their hopes of qualifying for the World Cup.

“I will have to speak to him,” Wenger said. “Yesterday afternoon I watched the whole Brazil against Chile game to see how difficult the game was.

“I must say he got some special treatment – it was a very physical game and mentally I will have to assess the situation when he comes back tomorrow.”

Centre-back Shkodran Mustafi also endured a miserable international break, the Germany international suffering a thigh injury against Azerbaijan that will sideline him for four to six weeks.

But his absence will soon be offset by the return of Laurent Koscielny, who is closing on a comeback from an Achilles injury.

“At the moment, he’s not available. He trained on his own and the first signs are positive, so we decided to give him a test tomorrow.”

Striker Danny Welbeck is back in contention after a groin injury, while left-back Sead Kolasinac faces a late fitness test on a hip complaint.

Jack Wilshere is yet to play a minute of Premier League football and has lost his place in the England squad, but Wenger believes the midfielder is on course to go to next year’s World Cup in Russia.

“I believe that Jack at the moment is in the best form I’ve seen him in for a long time,” Wenger said. 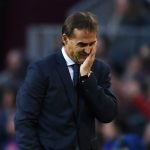 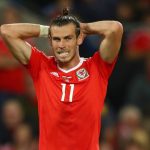 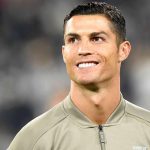 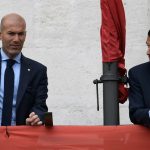 Zidane Changed The System To Field Other Players Instead Of Me – Ceballos
KIU, MUBS and St Lawrence Universities ready for Beach Soccer League kick off