Members of Parliament on the Select Committee investigating allegations of sexual violence in schools and institutions of learning have blamed blamed the rampant sexual harassment on the existent bad cultural practices.

The conclusion was made during one of their tours in Bundibugyo and Ntoroko districts.

The committee was shocked to find that most girls are married off at the tender age of 10 which is against the Uganda laws.

Kioga County MP, Hon. Anthony Okello, stressed that bad cultural practices that are beyond the Uganda constitution have greatly contributed to sexual violence in learning institutions.

“The Constitution was promulgated in 1995 but 23 years later, cultural practices here seem to be stronger than what the constitution states,” he said.

Bukonjo County chief, Hon. Katusabe Godfrey, advised residents and leaders of Bundibugyo to adhere to the law of Uganda that states a person below 18 years is a minor and should not get married.

“We have realized that people here think that a girl above 10 years is mature enough to be married; this must stop immediately because it’s a total breach of the Constitution,” he said.

Katusabe called on parents to stop using cultural excuses which, he said “have been a road block to future doctors, teachers and leaders because children defiled or married off automatically drop out of school”. 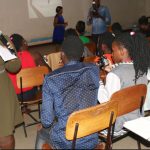 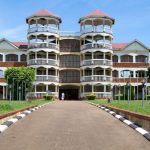