His close friend and Wakiso district chairperson, Matia Bwanika, confirmed his death on Friday, November 18 that Dr Ssemogerere who twice contested for Presidency and led DP for over 25 years died early Friday at his home in Rubaga.

“He got a kind of attack of vomiting; he failed to vomit and fell down and died abruptly this morning.

Also Read: Muntu to Form Own Party After Quitting FDC

However, Boom Uganda understands that since Dr. Paul Kawanga Ssemogerere collapsed during a church service at Rubaga Cathedral lately, his life has never been the same again.

Who is Dr. Paul Kawanga Ssemogerere?

Paul Kawanga Ssemogerere (born 11 February 1932) in present-day Kalangala District, was the leader of the Democratic Party in Uganda for 25 years and one of the main players in Ugandan politics until his retirement in 2005.

Ssemogerere was born on 11 February 1932, in Uganda. He attended St. Henry’s College Kitovu for his high school. He received a Diploma in Education from Makerere University in Kampala. 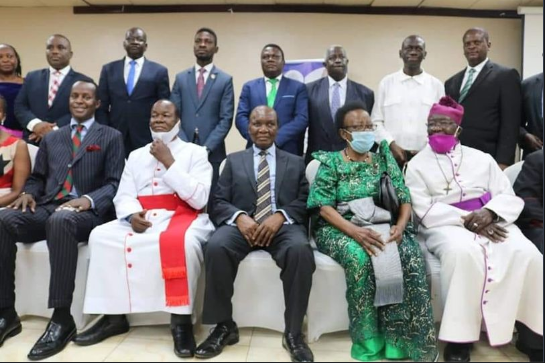 He studied the Politics and Government Program at Allegheny College in Meadville, Pennsylvania. In 1979 he obtained a Doctor of Philosophy (PhD) degree in Public Administration from Syracuse University in Syracuse, New York.

Ssemogerere is married to Germina Namatovu Ssemogerere,a Professor of Economics at Makerere University. Their children include Grace Nabatanzi (1963–2011), who married Gerald Ssendaula. Karoli Ssemogerere an American trained lawyer, Anna Namakula a public policy analyst with the Foundation for African Development, Immaculate Kibuuka a fashion designer and Paul Semakula an ICT Consultant. He is a member of the Roman Catholic religion.

2005 Retired as DP President to private business.
2011 Honored as Sabasaba 2011 by Sabasaba Flame Award, for being an all time pro-Democracy and peace politician