On the morning of Tuesday, 1 May 2012, Prof. Senteza Kajubi, a renowned educationist, teacher, parent and grandfather of many education policies in Uganda collapsed at his home, while in the bathroom in Bugolobi.

Prof. William Senteza Kajubi was one of the foremost thinkers in Uganda’s education.

He contributed significantly to the shaping of the education system from the early 1960s to 2000s through advocacy of his theory of education, policy formulation and leadership.

He attended Mengo Junior Secondary School, in central Kampala for his early education. From 1944 until 1946, he attended King’s College Buddo, one of the best schools in the nation. He later joined Makerere University (1947- 1950).

Thereafter, he proceeded to the University of Chicago in the USA on Fulbright scholarship from 1952 until 1955 where he graduated with a M.Sc. degree with a concentration in geography.

On his return to Uganda, he started teaching at King College, Buddo for three years before becoming a lecturer and senior lecturer at Makerere University.

From 1964 to 1977 he was Director of National Institute of Education, at Makerere University. In 1979  William Senteza Kajubi became Professor of higher education.

Between 1977 and 1979 he was Vice Chancellor of Makerere University. In 1986 Senteza Kajubi was appointed Principal of Kyambogo Institute of Teacher Education. He served in that capacity until 1989.

The following year, 1990, Prof. Senteza Kajubi was once again appointed Vice Chancellor of Makerere University. He held this position until 1993.

During his dedicated service as Vice Chancellor at Makerere University, Prof. Senteza Kajubi introduced the private sponsorship scheme  that opened doors to privately-sponsored students to study at Makerere university.

”That incident was one of the saddest days of my life”, late Professor Senteza Kajubi was quoted lamenting later.

In 1994 he became the founding Vice Chancellor of Nkumba University, a private university, until his retirement in 2008.

In remembrance of the late Prof. Kajubi’s contribution to Nkumba university, a quotable quote is published daily at campus. “William Senteza Kajubi’s Legacy of Education through Quotable quotes”, complied by Prof. J.C Ssekamwa.

Besides Senteza Kajubi’s many publications and unpublished statements on education, he participated in various commissions that shaped the education system in Uganda.

In the 1980s, Professor Senteza Kajubi chaired the Education Policy Review Commission which among other things recommended the introduction of Universal Primary Education(UPE) in Uganda.

Professor Senteza Kajubi was the father of the education sector in Uganda for over 60 years as a teacher, educator, education policy advisor, and leader of tertiary and higher education institutions in Uganda.

He was also a consultant for national education system in Namibia at the time of independence.

Prof Kajubi was also on the committee that selected what would turn out to be Uganda’s national symbols, the National Anthem, Emblem and Flag when Uganda gained independence from Britain in 1962.

Prof. Senteza Kajubi was a fellow at the National Academy for Sciences between 2004- 2009.

Together with his late wife, the Kajubi’s were the parents of three sets of non-identical twins. The majority of them now adults living and working in the USA, where they migrated to pursue higher education in the late 1970s, according to the late Professor.

Professor William Senteza Kajubi was accorded a state funeral and his remains were laid to rest at Maya Village, along Kampala-Masaka Road in Uganda on Saturday, 5 May 2012.

The fallen Professor had a great heart for colleagues who wanted to  enhance their career aspirations.

May his soul rest in eternal peace. 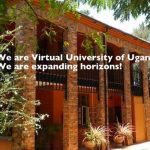 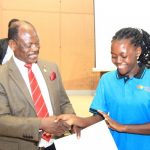 Chancellors and Vice Chancellors of the different universities in Uganda