Rio Ferdinand heaped praise on girlfriend Kate Wright for holding his family together while the former Manchester United defender was working on BBC in Russia during the World Cup.

Rio Ferdinand and Kate Wright have so far made one year in relationship  following the tragic death of wife Rebecca  Ellison in 2015.

Taking to his Instagram page on Wednesday, the dad-of-three heaped praise on his girlfriend for “holding” his family together while he worked with the BBC in Russia.
“Baaaaaack with this [emoji]. Thank you for being this strong and wonderful woman you are while holding things together at home with the kids while I’ve been grafting,” he said in the caption. “There would have been loads a smiles, laughs and tears between you all but already I can see the bond between you all is stronger.”
He added: “They are filled with happiness now, and a big part of that’s down to your love and hard work you put into them every day. [heart-shaped emoji] you x.”
Former TOWIE star Kate has been bringing joy to him and his children Lorenz, 11, Tate, nine, and Tia, six over the past year, following the tragic death of Rio’s wife Rebecca Ellison in 2015.
Rio, 39, has been dating Kate since 2017 and in September, the reality TV star announced that she was stepping out of the spotlight to focus on her relationship with the footballer and his three kids. 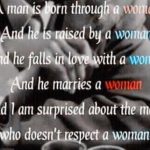 RELATIONSHIP: How to balance between the search for big jobs and finding true love
Relationship: Feelings fade, promises break but love memories stay forever
A relationship is like a rose

How Attraction Works in a Relationship